NYC Opera is Next Stop for <em>Brokeback</em> 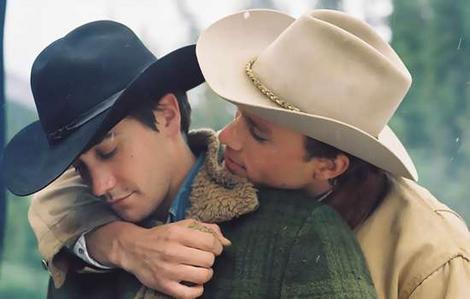 Annie Proulx's 1997 short story that became 2005's big screen breakout Brokeback Mountain, is finding its way to the stage. It's being reported that The New York City Opera wants to adapt the story, and Charles Wuorinen has been tapped to compose the operatic incarnation.

The opera is scheduled to premiere in spring 2013, City Opera said Sunday. It will be City Opera's second Wuorinen premiere, following Haroun and the Sea of Stories, which was based on a Salman Rushdie novel and opened in October 2004.

"Ever since encountering Annie Proulx's extraordinary story I have wanted to make an opera on it, and it gives me great joy that Gerard Mortier and New York City Opera have given me the opportunity to do so," Wuorinen said in a statement.

, "the queer opera `zine," has chimed in on the announcement; over 10 years ago, James Jorden (who runs the publication) noted that "the world of opera, which depends on a large gay following, [is] still uncomfortable, if not downright dishonest, about the large percentage of gay singers, conductors, and directors."