Today is National Hammock Day, an important day for our nation, whose people have been known to enjoy a restorative recline in one of these marvelous contraptions. Preferably amid lush green surroundings, a fair distance from the barbecue, but close enough where you can call out: "Hey kid, get me a cold one," with successful results.

Maybe you're reading, or daydreaming, or just being. Whatever you are doing in your little suspended world, it sure is making life seem sweeter, days seem longer, sun feel warmer.

This hammock situation is one marked by intense tranquility—it's serenity embracing you, it's a peaceful comfort wrapped around your body, it's a return to the womb. When done properly, strung between trees, it's literally tying you to Mother Nature. You can commune with the sky. And that hammock? It's a great place for a midsummer's nap.

At least, if you get the right one. Those weaved rope hammocks are total bullshit, they resist you, and eventually eject you, digging in to your skin until you surrender. You know the ones: 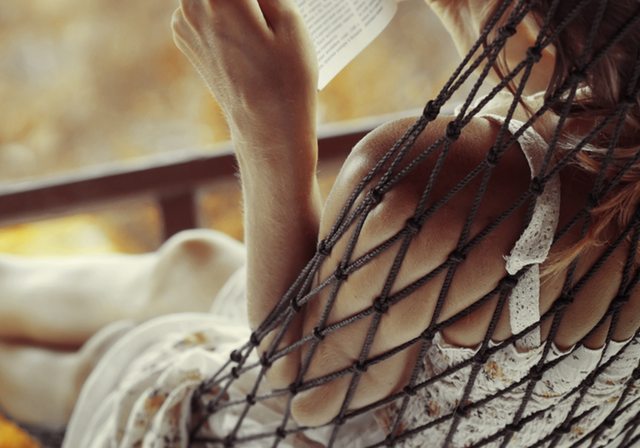 Earlier this year Governors Island unveiled a Hammock Grove filled with them: 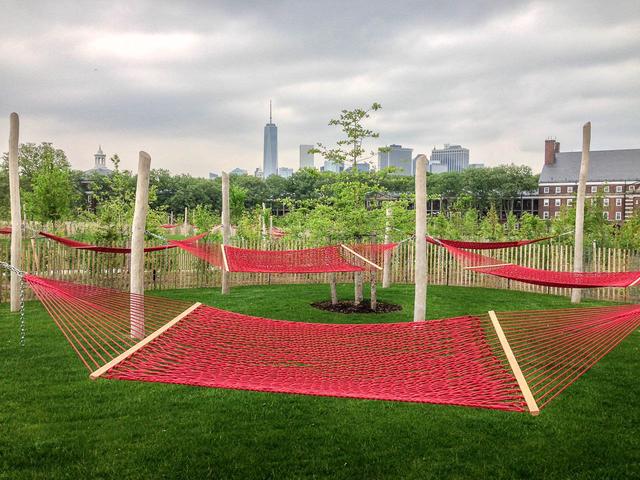 Still, despite getting the wrong kind of hammock, this was a fantastic idea, albeit not one that can accommodate every soul in NYC searching for a hammock. Plus, if you want to be in a hammock after sunset, those won't help you. So this brings us to NYC's serious hammock shortage. Sure, we've heard LIC has a hammock or two, but they are scarce otherwise.

Managing Editor John Del Signore tells us "some asshole in that new deluxe building across the street from me has a hammock on his balcony. Probably gonna throw a Molotov cocktail at him." Do we want to live in a city where the privatization of hammocks taunts the rest of us without outdoor space? We deserve public hammocks, plenty of them, and we're ready for the challenge, Mr. Mayor...

Next year, New Yorkers should be able to celebrate National Hammock Day with the rest of America.

#hammock
#hammocks
#nyc deserves more hammocks
#original
Do you know the scoop? Comment below or Send us a Tip