NYC Is Finally Addressing Its Lack Of Female Historical Statues

While New York City Parks Department may declare itself “the greatest outdoor public art museum in the United States,” with well over 1,000 monuments throughout the five boroughs, the city has done little to honor women in these permanent displays. At last count, there were 145 male historical statues in NYC, and just 5 female historical statues (with zero in Central Park, though you'll find fictional characters, nymphs and angels).

The current female historical statues in the city are Joan of Arc, Golda Meir, Gertrude Stein, Eleanor Roosevelt, and Har­riet Tubman. But more will be coming, finally.

Today, First Lady Chirlane McCray and Deputy Mayor Alicia Glen announced She Built NYC, "A new effort to commission a public monument or artwork on City property that honors women’s history in New York City." This will kick off with an open call for nominations from the public (running now through August 1st), which will allow New Yorkers to "submit their ideas for how to honor the inspiring, diverse people and events that comprise the history of New York women." You can submit your nominations at women.nyc.

Here are some of our suggestions, including Shirley Chisholm and Merle Hoffman, though the city has tagged some rules on to the nomination process: You can nominate "women, groups of women, and events involving women that significantly impacted the history of New York City. Nominated individuals must have been deceased for at least 20 years, and nominated events must have taken place at least 20 years ago." 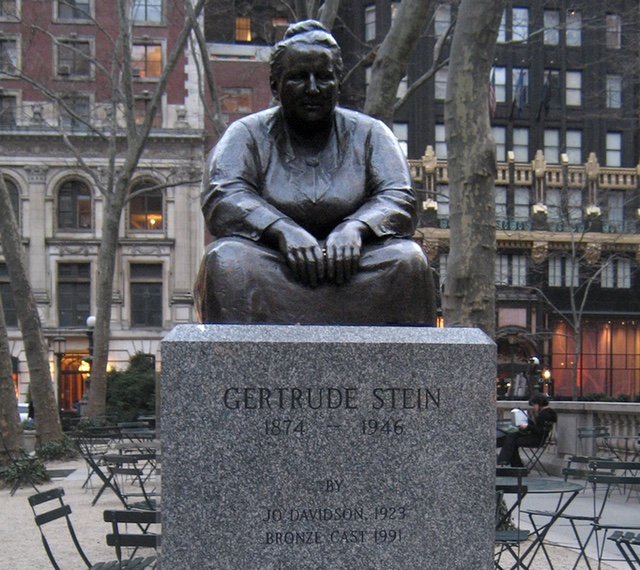 In 2017, we spoke with Pam Elam, a retired city government executive pushing for more female statues in the city's parks.

The first problem was a policy from the 1950s that prevented new monuments from going up in Central Park. But if the policy was really a deal-breaker... how did a statue of NYC marathon-founder Fred Lebow get approval in 2001?

“When you dig a little deeper, you find that’s not really a written rule anywhere,” said Elam. “It's just a moratorium that was self-activated by some Parks Department employees, so it can be changed. It's helpful to have a background in city government to know when you're dealing with hard and fast rules and when you're dealing with movable policies.”

Today, McCray announced: "There are big gaps in our City’s public art, with few statues of women, trans and gender nonconforming people. The message that lack of representation sends is that these people have no value and did not make contributions to our city. This first step we are taking will help us more accurately show the diversity in the people who helped make New York City so great."

“She Built NYC puts women in their rightful place — on pedestals,” Glen added. Hear, hear. And let's perhaps consider encircling Trump Tower with all of these statues.

Here's video from the press conference that was held this morning:

Any walking tour of the five boroughs raises a big question: Where are all the women statues? #SheBuiltNYC https://t.co/L9SZVqvCYX

This fall, an advisory panel "will create a list of nominees for commemoration. The woman, group, or event that is honored with a monument, and which artist will create the monument, will be determined by DCLA and the City’s Percent for Art commissioning process." The subject and site will be announced in January 2019.

#female historical statues
#she built nyc
#statues
Do you know the scoop? Comment below or Send us a Tip