It's Saturday, and since the Post endorsed Donald Trump, there was no point in featuring our future Beloved Leader's NRA meeting on the front page (the Daily News, though, got out its Photoshop Clown app). So, instead, the Post decided Leonardo DiCaprio would be a suitable target:

Page Six's angle is pretty good: "Leo DiCaprio picked up an environmental award in NYC this week — but hypocritically expanded his carbon footprint by 8,000 miles when he obtained the honor, by taking a private jet from Cannes, then flying straight back to France on another jet for a model-packed fund-raiser a night later."

DiCaprio is a notable environmental activist, with a foundation that pledges millions to various causes and an enviable platform to speak up—during this Best Actor acceptable speech at the Oscars, he said, "Climate change is real, it is happening right now, it is the most urgent threat facing our entire species, and we need to work collectively together and stop procrastinating."

He also has an apartment at The Riverhouse in Battery Park City, a LEED gold certified building.

Environmental analyst Robert Rapier argues to Page Six that Leo's "movie-star lifestyle"—which includes the charter planes and private yachts (especially ones with Robin Thicke)—"'diminishes his moral authority to lecture others on reducing their own carbon emissions.'"

“[He] demonstrates exactly why our consumption of fossil fuels continues to grow. It’s because everyone loves the combination of cost and convenience they offer. Alternatives usually require sacrifice of one form or another.” Rapier added, “Everybody says, ‘I’ve got a good reason for consuming what I consume’ . . . It’s the exact same rationalization for billions of people.”

A DiCaprio inside said that the serial modelizer wasn't being an environmental monster, claiming he "hitched a ride with someone already flying back [and] to Cannes. Hitching a ride was the only way he could make it in time for both events."

Yeah, taking CitiBike would be too slow, man. 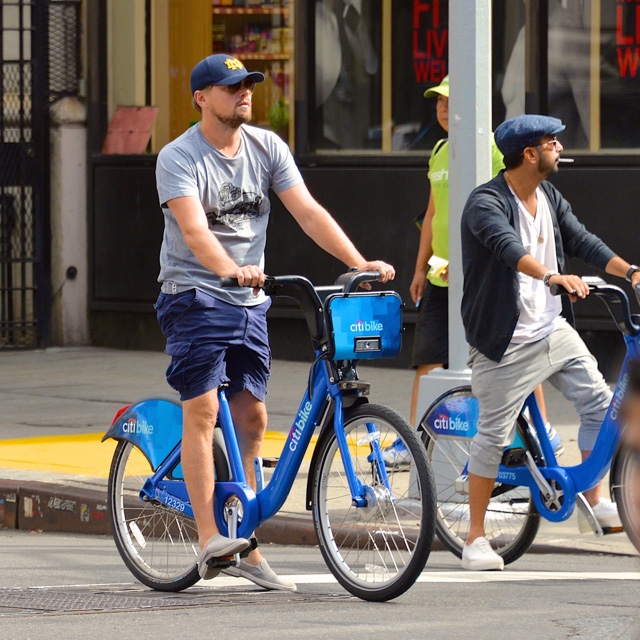 #citibike
#environment
#leonardo dicaprio
#ny post
Do you know the scoop? Comment below or Send us a Tip