Photographer Allen Henson seems to really be enjoying his ongoing boobs-around-town project—he's had photoshoots at restaurants, with policemen, and now at the top of the Empire State Building. Above, check out some NSFW shots of model Shelby Carter atop the tower during a rainy day on August 9th.

And for good measure, Henson also did another NSFW photoshoot in Central Park with model Cheyenne Lutek on August 5th, which you can get a taste of with the photo below. As he noted, police "actually pursued us in a row-boat chase." 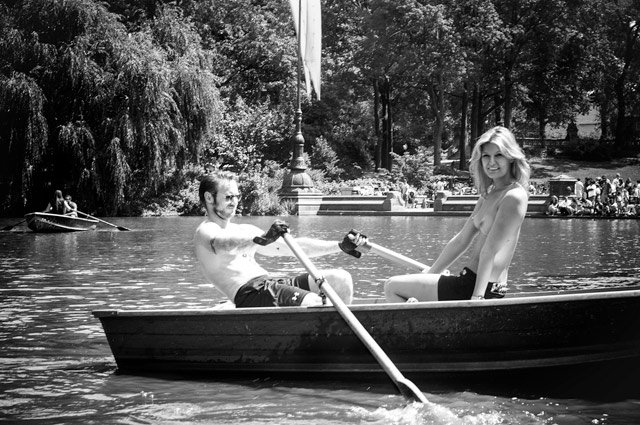 #allen henson
#artsy photos
#boobs
#breasts
#empire state building
#NSFW
#rain
#topless
#original
Do you know the scoop? Comment below or Send us a Tip
A new Gothamist is coming! We’ve moved comments over to our beta site. Click here to join the conversation and get a preview of our new website.