A torrential downpour right before step-off time couldn't spoil the fun nor thin the crowds on Saturday as the 35th Annual Mermaid Parade once again turned Surf Avenue and the famous Coney Island Boardwalk into a glorious, nearly-naked party.

Debbie Harry and Chris Stein served honorably as Queen Mermaid and King Neptune, the Blondie duo showing off their legendary cool amid a frenzy of photographers and driving rain. 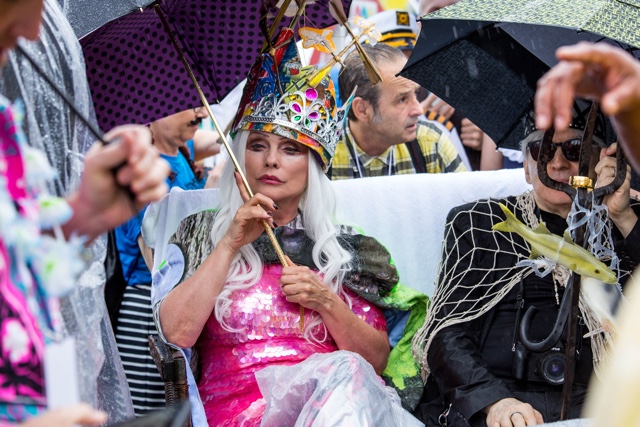 The weather did force the staging area off the streets and inside the new, weirdly luxurious Ford Amphitheater. The amphitheater, while certainly appreciated for its dryness, wasn't really conducive to the sort of free-flowing camaraderie that's become a big part of the pre-game. 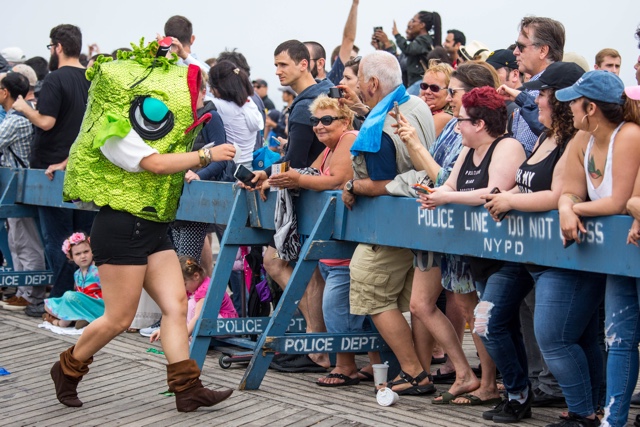 As parade founder Dick Zigun told the Daily News, "What I really like about the mermaid parade and the culture that’s grown up around it is it's got a hardcore fan base both in participants and watching it. And even in the downpour there will be an audience standing in the downpour watching the parade. And look at how many hardcore people are still here ready to go down the street."