There's been a young topless woman walking around the East Village for the past few weeks and, finally, she has spoken, confirming that she's baring her boobs to remind everyone that women have the right to go free-ranging in New York (so she's not just trying to avoid ghastly tan lines). NSFW photo below.

EV Grieve posted photos earlier today and Racked got an interview with the activist, Moira Johnston, who explained, "I'm going topless today. It's to raise awareness that's it's legal for woman to be topless anywhere a guy can be without a shirt since 1992 here in New York State." (Holly Van Voast knows that firsthand.) Johnston continued, "I've been going topless for a couple weeks now," and said of the reaction, "I get a lot of support. Well, there's mixed reactions, because people aren't used to seeing it in our culture yet." 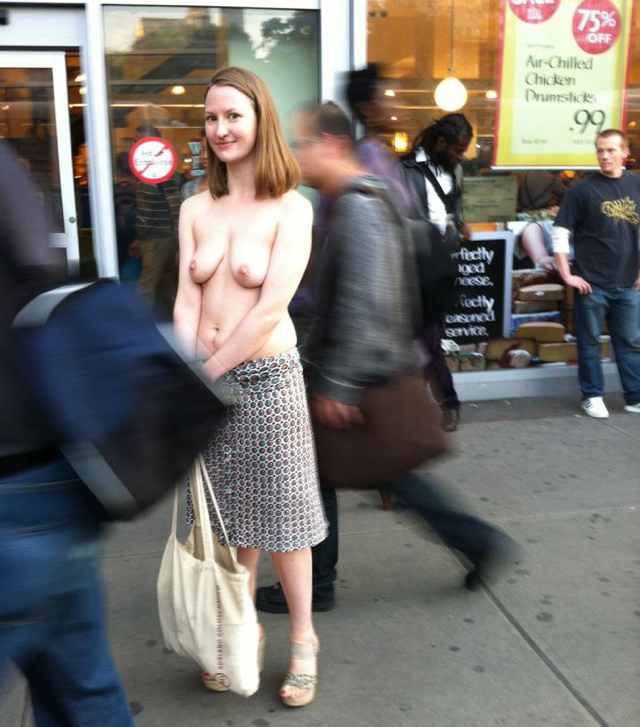 And it seems she's been arrested—and released by the cops—too!

Moira Johnston The Topless girl of Union Square arrested 2 days ago & then released when cops realized she broke no law twitter.com/JoeyBoots/stat…

Mark your calendars—Go Topless Day is August 26 (here's a look at last year's).

#breasts
#east village
#fashion
#legal
#topless
Do you know the scoop? Comment below or Send us a Tip