It's been over 15 years since Christopher Wallace, aka Notorious B.I.G., was fatally shot while visiting Los Angeles... and we're only now seeing his autopsy report? TMZ claims these documents have not been seen before today. They show the rapper sustained gunshot wounds to his chest, shoulder, leg, forearm and scrotum on the night of his murder. The report states that 3 of 4 of those gunshot wounds were NOT fatal:

The fatal bullet was #4, "which entered Wallace's body through his right hip and ripped its way through several vital organs [the colon, liver, heart and the upper lobe of his left lung] before coming to rest in his left shoulder area." There was no trace of drugs or alcohol in his system, despite the fact that he had just departed a party at 12:45 a.m.

The 24-year-old Wallace—who was shot in a drive-by on Wilshire Blvd, while in the passenger seat of another car—was 6'1" and 395 lbs at the time of his death, and the coroner listed him as "morbidly obese" in his report. 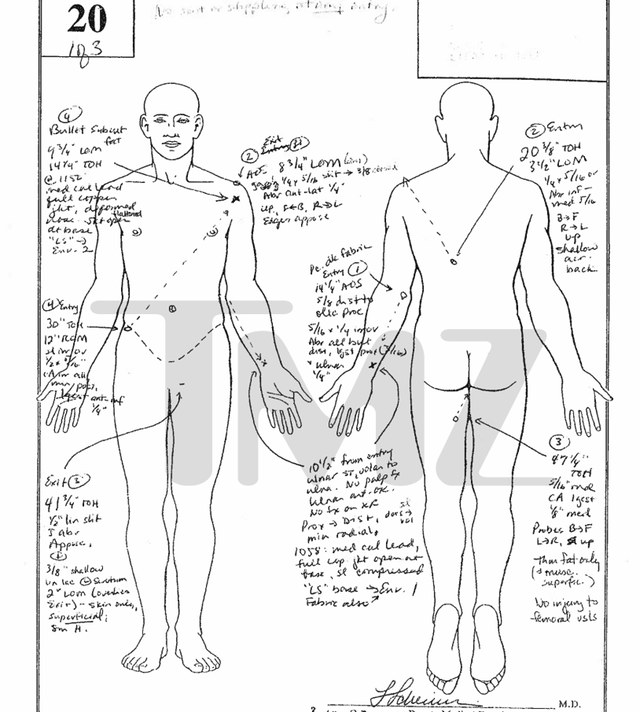 #autopsy
#biggie smalls
#christopher wallace
#death
#murder
#Notorious B.I.G.
Do you know the scoop? Comment below or Send us a Tip