We're less than a week away from the launch of Late Show With Stephen Colbert, and all the Jeb Bush video feuds can't dampen our spirits now. Colbert has been working out the kinks with test shows all week, and yesterday, we were among the lucky superfans who waited on line for hours on a particularly humid day to get a taste of what's in store. Although, maybe disciples would be a more appropriate word choice than superfans. "I love Colbert," said Andy, an audience member who gave a fake name because he was skipping work. "I'm hoping he subverts what's been done already. The web content's been incredible. He's like a god to me." Kneel before Colbert. 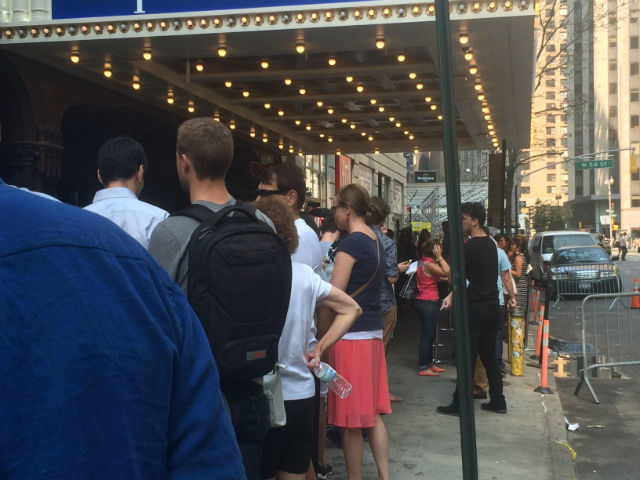 So here are the big takeaways from the show—keep in mind there probably will be some SPOILERS, since Colbert integrated some taped segments as well as live riffs into the show. 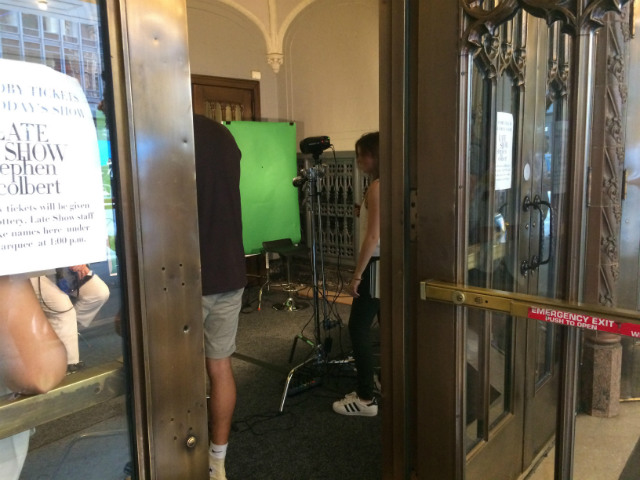 We weren't the only ones to attend a show this week of course: people who attended the test shows earlier in the week spoke with CNN, and they got some very different segments, including one in which Colbert submitted to a lie detector test in an effort to answer the question: "Who is the real Stephen Colbert?"

Overall, Colbert's new show carries the same comedy DNA as his last one, but seems like a slightly more sincere evolution from The Colbert Report. Suffice to say, we don't think he has to worry about becoming the next Dick Cavett.