Not Bowled Over By Football? Some Not So Super TV Alternatives 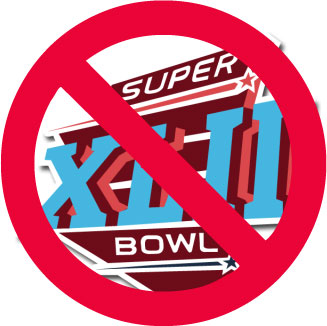 We already covered the Super Bowl half time show alternatives, but what if you're not a football fan or your team didn’t make it? What if you don’t want to sit through a football game to watch commercials or if you hate Joe Buck and Troy Aikman? Well, don’t worry, there are some television alternatives for you if you don’t want to watch either the game or the countless hours of pre-game shows.

If crime drama is your thing there are several options for you. USA has 7 hours of Law & Order CI starting at 11 a.m. followed by six hours of SVU starting at 6 p.m. Over on TNT there is a twelve hour marathon of The Closer beginning at noon.

Other show marathons include In Treatment with a five episode run of HBO’s new show about a psychotherapist. starting at 6:30 p.m. Sci Fi has a marathon of Star Trek: Enterprise running from 9 a.m. until 1 a.m. and Discovery’s Mythbusters with episodes running from 9 a.m. until 3a.m. And of course there is Animal Planet’s Puppy Bowl IV which starts at 3 p.m. and has the three hours repeat all day.

If sports other than football are your game you are also in luck. SNY has game one of the Caribbean World Series: Dominican Republic vs. Venezuela at 7 p.m.

And by the time the game is winding down and/or the post game is starting there you'll be able to catch Miss Austen Regrets, a BBC docudrama about Jane Austen on WNET 13 9 p.m. The American Experience: Las Vegas: An Unconventional History over on WNJN 50 also begins at 9 p.m.