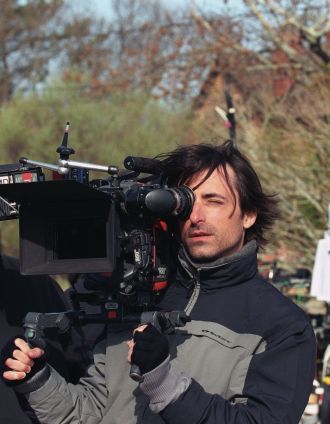 At just 24, Noah Baumbach made his mark on the indie film world with Kicking and Screaming, his hilarious and finely observed study of post-collegiate ennui. His Mr. Jealousy followed but the picture’s lukewarm response meant a long five years before he obtained funding for The Squid and the Whale. Happily for Baumbach, the superb film was a major critical and commercial success. Two years later, he’s back with Margot at the Wedding, another character-driven drama that stars his wife Jennifer Jason Leigh, Nicole Kidman, Jack Black and John Turturro. The finely acted and often brutally funny movie opened on Friday; writing for the Times A.O. Scott called it a “highly civilized Hobbesian war: sister against sister, mother against son, neighbor against neighbor, lover against lover.”

When did you start writing Margot at the Wedding? Sometime in early 2005, I think after Sundance.

What ideas were going through your head when you started writing the script? It was Margot and Claude on the train, the scene that opens the movie, the feeling of being on a moving train and leaving home. That got me writing.

Maybe I missed it but it wasn’t actually clear to me where they ultimately went to, where the main action takes place. Yeah, it’s never specified. I always wanted to keep it open. I mean, it’s obviously in the northeast and not too far from New York and not too far from Vermont. In some ways, in my own head, it was kind of a mixture of places.

Was that in part a response to how The Squid and the Whale was set in such a specific location? I suppose that’s possible but outside of naming the area, everything is specific about the home. But I suppose in a way it represents for me that feeling that once you leave home you lose a sense of familiarity. The country in this movie in some ways can be adventurous but it can also feel perilous and it’s harder to get your bearings. And another aspect of that is in some ways not knowing exactly where you are.

You’ve said that it’s not important that audiences like the characters in the film but that they understand them. Why do you think Margot is so unhappy? I’m not sure how to answer that really. I think she’s in a moment of crisis in her life; many things in her life have led her to this period. In some ways we’re capturing her in very much in the present moment of breaking. As opposed to Pauline, who in other ways has bounced around and has already had a failed marriage and is living in the house they grew up in and has finally found someone and gone to couples’ seminars and is finding some calm and stability in her life. And Margot is coming from a situation where she’s been married and had a career and doing well and now she’s unraveling. And I was interested in two characters who are sort of meeting again and having, in some ways, very different experiences.

You’ve been with Jennifer a number of years but this is the first time you worked with her, right? Yes.

Did you write the part with her in mind? Well, I think in the back of my head I did. I don’t think of actors too deliberately when I’m writing; I try to pretend the characters really exist. But once I started to think about actors for the film I thought it would be a fun part for Jennifer to do.

Were you at all apprehensive about directing your wife? No. She and I, whether we’re officially collaborating or working on a movie like this – I mean, she was very involved in The Squid and the Whale experience, working on different drafts and cuts of the movie. You know, we’re very involved in that way together. And it just seemed like a natural extension of our relationship.

Is there anything new you learned about her when you were directing the film? I mean, not anything specific. I was really delighted and energized by watching her work; to see her find a character and get inside a character and play these scenes was great. I anticipated it being great but it really was exciting for me. And also I think partly why I wanted her to play Pauline is I thought it was a chance for Jennifer to use aspects of herself with that character. The character Pauline and Jennifer are not like each other in any literal way but there’s a gentleness that Jennifer has a person and I thought that to play that character would be a great opportunity to draw that from her.

Yeah, I’m thinking about how much I loved the part in the film where Jack Black’s character is cutting the tree and there’s a confrontation. And she has this emotional reaction that’s just devastating. Did it take a lot for her to get to that place? Well, we did multiple takes of it but she did the scene different ways. The thing about Jennifer – and it’s true of Nicole, too – they’re very alive in each take and they often give equally different, spontaneous reactions that are unique to whatever is specific to that moment in that take. So it gives me a lot of options in the editing room. So I used that one but there were other interesting reactions in different takes.

In the hotel scene toward the end Jennifer is wearing a T-shirt that says I SPENT THE NIGHT WITH ARSENIO HALL. Where did that come from? I saw someone wearing it a long time ago and when I was writing the scene I just thought it would be a funny night shirt.

Is that your Midwood T-shirt Nicole Kidman wears in the final scene? I don’t think it’s Midwood; it’s Millbrook. It’s something Ann Roth, the costume designer, brought in. I actually had a different T-shirt in mind when I scripted it but we couldn’t find one that worked and Ann had this old Millbrook T-shirt which, when Nicole put it on, just felt like something she had her whole life.

In the hotel scene toward the end Pauline passionately objects to Margot’s potential use of recent events in her prose. Is that something you had to navigate after The Squid and the Whale, where people you know felt that you were getting into things that were too personal? That’s stuff that I answer to a lot in the press; people ask me all the time about autobiography and my own life and draw parallels between the fictional movie and my real life. But in terms of my actual life, no. I haven’t had people get upset at me at all about writing about them. I always feel that the people who think they are in your work are usually the people you weren’t thinking of at all.

How did Jack Black become involved in the project? Jack had gotten in touch with me after he saw Squid and I just really liked him a lot. We had lunch together and stayed in touch and when I was thinking about who I wanted to play Malcom I just thought he’d be great. I wanted a funny actor but I felt like he could do it and be very much of the world of this movie.

What was the biggest challenge you faced during production? It was a pretty relaxed shoot. We had a lot of weather issues that were kind of a drag. We had a lot of rain. And we were shooting in a house where we had so many windows; in fact the house was designed so every window would face the water somehow. We didn’t design it that way; it was an old house. It was very difficult to hide if the weather had changed during a scene. But that’s stuff everyone deals with when shooting on location.

What about the tree? How did you handle the whole process of having the tree go away? Well, the tree worked out okay but it was an ordeal. Certainly for me it was I guess the biggest deal I’ve had to coordinate on a movie. My movies mostly tend to be actors in rooms. When we found the location there was no tree that would work for our purposes on the location so we had to bring the tree in. We had to find a dead tree, we couldn’t bring the tree in by land for some reason, it had to come in on the water, we had to plant it and cut it down. There was a lot to deal with with the tree.

Speaking of the tree, the neighbors really hate it. The family next door is very mean-spirited, but in the end there’s no final confrontation with them. Why did you choose to leave that unresolved? Well, I suppose in the whole movie there’s a deliberate element that remains unfinished and in some cases frustrated. The movie mimics real experiences in many ways. I don’t see the neighbors as that clear cut; the neighbors appear to us often in the movie through the eyes of the people who are seeing them. Margot accuses them of pulling on their child but I think Margot is projecting a lot of her own stuff that’s going on with her onto other people. I’m not saying the neighbors aren’t mistreating their child – I don’t know. But we don’t really see. We just see them trying to get the child to move on the path. We see the shoe, but you know, the shoe could have fallen off. None of that is clear cut. The boy does attack Claude but the boy is not being ordered by his parents; kids fight all the time. We see the mom and her son on the ferry together at the end and they seem rather sweet together.

I always wanted the family to remain on the other side of the fence. They’re upset about the tree but they’re kind of indifferent to the central family. In some ways, you know, Margot and Pauline and Malcolm’s projection onto that family – the neighbors – is not unlike what the audience can project onto Margot and Pauline. The movie in a lot of ways is deliberately open to interpretation and I think a lot of an audience member’s reaction to it depends on what they bring into it; their own family dynamics. The movie creates anxiety in people. And I think the neighbors are in some ways another layer in that, in the movie, for Margot.