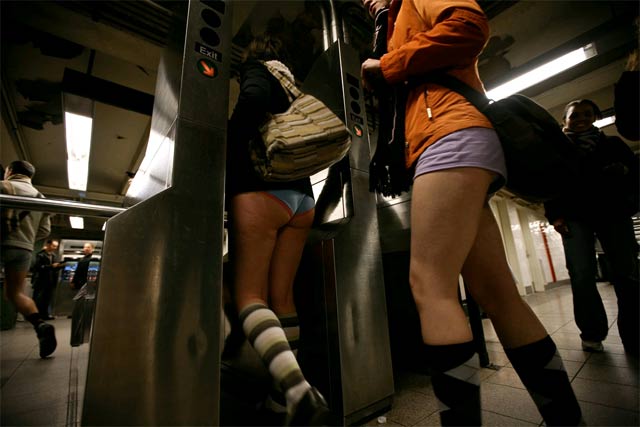 Yesterday was No Pants Day 2008, the 7th Annual Improv Everywhere event that includes hundreds of people riding the subway with no pants on. According to IE's initial report, yesterday's event drew 900 participants, requiring that the group split up onto three different lines--the 6, the R, and the 2 trains, which they rode from downtown Manhattan to Union Square. 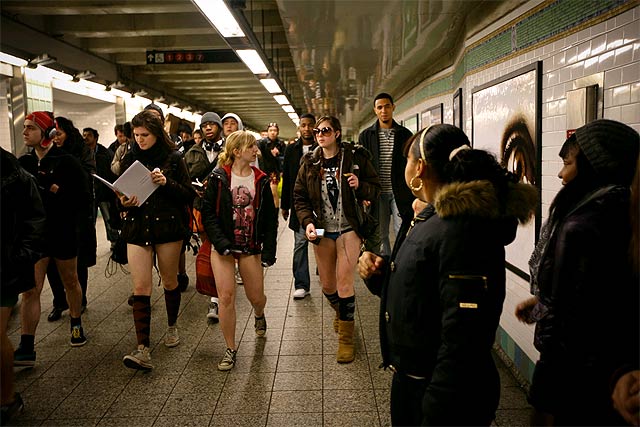 Or as someone noted on Gothamist Contribute, "Those retarded pantless freaks boarded a downtown subway at 96th and Lexington around 5:00 PM Saturday. There were so many some of them couldn't get on the train. About a dozen got left behind." 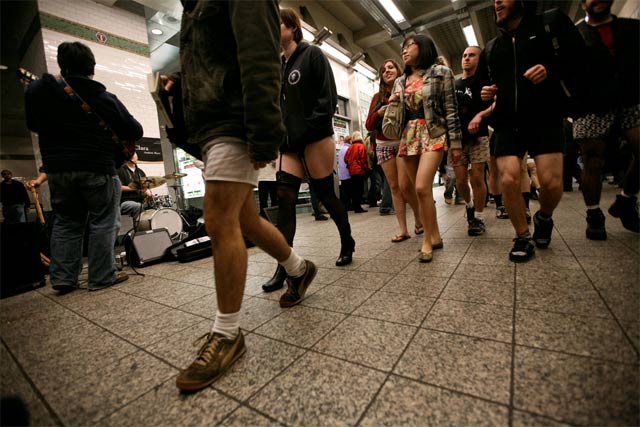 One out-of-towner, spying the scene, had asked the Daily News what was going on, just as the conductor made a "see something, say something" announcement: "If you see a suspicious package? I think I just did." 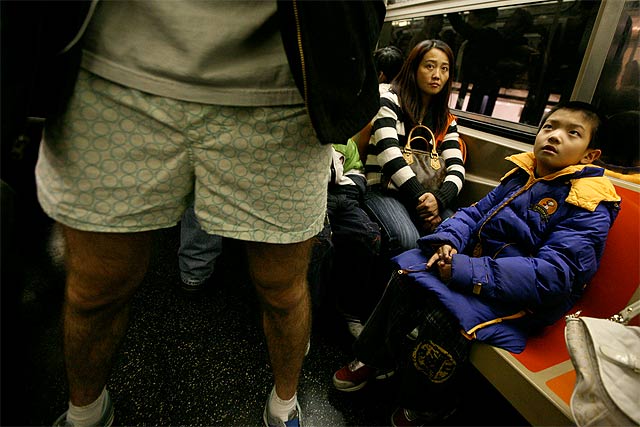 Did you participate in the event? If you have any pictures from this year's No Pants Day event, tag your Flickr photos "gothamist" to share them. And this year, the Improv Everywhere group was encouraging regional events in any city that has some type of mass transit. Even Adelaide, Australia got in on the act! 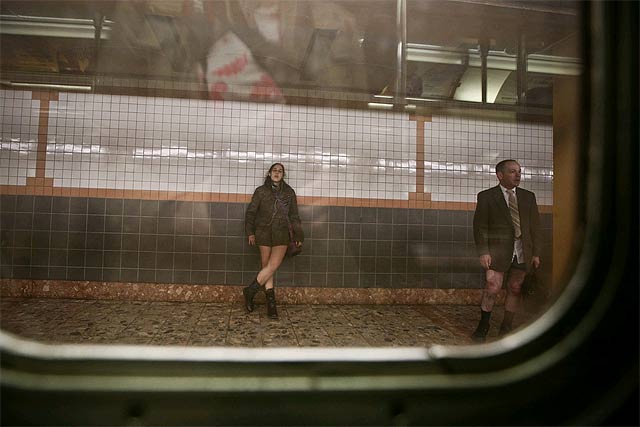 All photographs by Steph Goralnick (used with permission); you can see her entire amazing set here