No Country For Old Critics 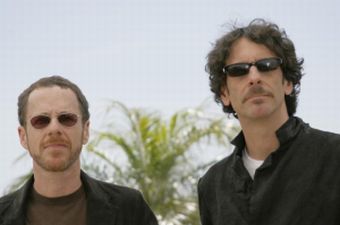 The New York Film Critics Circle met yesterday to vote on their “Best of” list for 2007; widely viewed as a barometer for the upcoming Academy Awards, the critics pride themselves as “a principled alternative to the Oscars, honoring esthetic merit in a forum that is immune to commercial and political pressures.” But if one anonymous member is to be believed, the meeting sounds more like a “principled” excuse for an Aint It Cool News-style geek-out.

[NY Observer critic] Rex Reed made a vomiting noise the first time there was a vote for Francis Coppola's Youth Without Youth, which prompted NYFCC chief Stephen Whitty to quip, 'And a special award to Rex for sitting through it.' N.Y. Press critic Armond White gave a passionate speech arguing against the proposed Lifetime Achievement Award for director Sidney Lumet (Before The Devil Knows You're Dead) on the grounds that Lumet sucks and always has, but that's about it. Oh, and there was a good protest vote for Best Actress with Bianca the doll (from Lars and the Real Girl) being pushed over Julie Christie."

In the end, Christie edged out the inflatable sex doll to win Best Actress for her performance in the Alzheimer's tearjerker Away From Her, which also earned Sarah Polley the award for best directorial debut. The Coen brothers were the big heavyweights though, nabbing Best Picture, Best Director and Best Screenplay for No Country for Old Men. Javier Bardem also won Best Supporting Actor for his extraordinary performance in No Country, with the Best Actor prize going to Daniel Day Lewis for his work in P.T. Anderson’s dark turn-of-the-century oil epic There Will Be Blood, which opens in select theaters on December 26th. (See the full list of awards.)