Ever since news broke last week that the East Williamsburg art space and learning facility 3rd Ward was shutting down, we've received piles of tips telling of everything from mismanaged money-handling to mushroom-filled getaways to owner Jason Goodman's waterfront Montauk cottage.

Here's some of the juicier dirt (gross) we've gleaned from various emails and phone calls. Goodman, meanwhile, has not responded to numerous requests for comment.

One former staffer, who manned the front desk for her part-time crew position, said she became aware of 3rd Ward's management problems almost immediately after she was hired.

"There was never any transparency," she said. "I would ask a really simple question, and was always given a really strange answer—there was always this layer of bullshit."

She said that though the financial side of 3rd Ward's affairs were always kept tightly under wraps from most staffers, it was no secret that the place was not in fiscally responsible hands—her first paycheck actually bounced. The source attributes the mess to general lack of concern for profits, at least until a CFO entered the picture around a year and half ago. But by then, she said, it was too little too late.

And then there were the drugs. Several sources confirmed that Goodman at one point brought nearly the entire staff to his Montauk residence for a retreat (by "retreat," sources point out, he actually meant helping fix his place up for free.) But hey, at least there were mushrooms!

"He liked to be the cool boss who would give out 'shrooms," the source said. "Taking 22 and 23-year-olds who are your supply coordinators and making it seems like that's cool—you're promoting a drug culture," she said. "There was never a sense of priorities."

One teacher, the source said, went went six weeks in a row without supplies for her cheese-making class—but when the source attempted to iron the situation out, she was simply told "not to worry."

"It seemed like he had one foot out the door for a really long time," she said.

On the last day, she said Goodman walked up to her, giggling and smiling, even as displaced members struggled to gather their things and make sense of their next step.

"One 80-year-old man who comes in to weld, Richard, gave [Goodman] $2,500 for a year membership," the source said. "He's never going to see that money again. It's heartbreaking."

And what about that $1.5 million grant from the Brooklyn Borough President's office to start launch a "culinary incubator"? "I'm sure it was spent on something completely different," she said. "The rumor was that there were blueprints, but I never saw any work being done on that ever. It was something we were told was happening, but no one ever saw it." 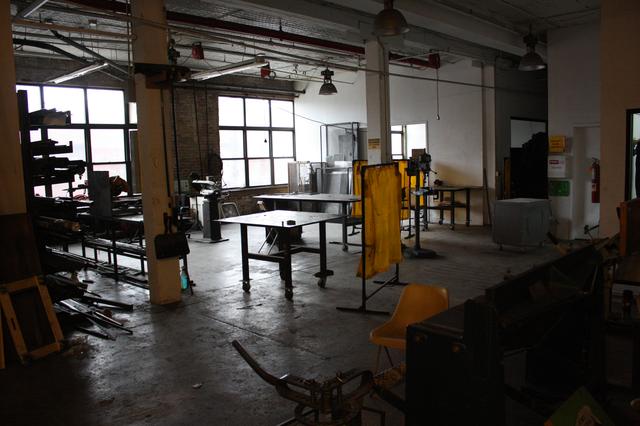 Here's a tip we received via email from one of Goodman's former tenants:

I don't hold a grudge against most people. But I rented a space from Jason Goodman in Williamsburg a number of years ago- right before he started 3rd Ward. He used to brag about how he got started in the landlord (personally I'd call him a "slum lord") business by stealing construction supplies from sites around the city and using the materials to build out raw spaces; then rent them to artists at a huge profit.

While that only made me think he was unethical, it was when he raised everybody's rent $100 a month with only 2 weeks notice that I decided to move out. When it came to the day to move, I was in the middle of carrying my studio equipment out the door with 2 girls that happened to be helping me. For some reason Jason convinced himself that I was going to somehow damage this raw, brick-walled studio space while moving. So he blocked the door with two other guys and proceeded to harass us and not let us continue with the move.

One of the girls said something like, "Just get out of our way or we're going to call the cops" at which point Jason ran over to her, grabbed her by the throat and threw her against the wall. He proceeded to scream in her face, "Are you fucking with me? Are you fucking with ME?" Keep in mind this girl is like 5' 2" and 120 lbs. I've known her since high school... After a good deal of altercation I was able to get the rest I my stuff out. 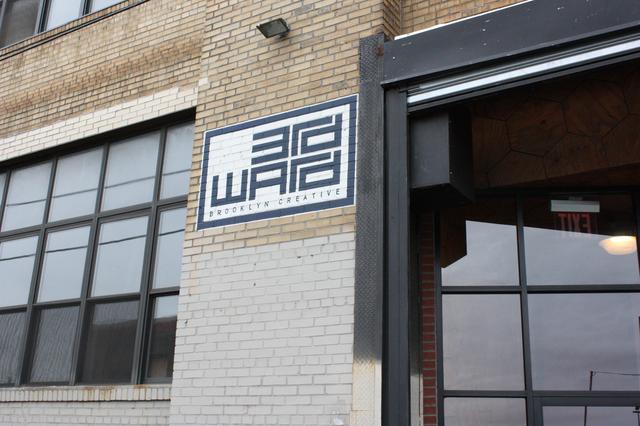 There's also this doozie, which another former tenant of Goodman's, Klementine Song, said occurred in 2010:

That summer, Jason and Jeremy opened a "food truck" across the street from this building. The restaurant was called Goods and I worked as a dishwasher and fry/prep cook there from before it opened until I developed carpal tunnel syndrome in both of my hands requiring emergency surgery. That's right, not only were Jason and Jeremy my landlords, they were also my bosses. One day at work in August, I found out that both of them were moving out of my building, which suspiciously came shortly after we had been visited by the DOB. This was especially odd because both of them had the largest apartments I have ever seen in NYC--the kind you would have to be crazy to give up. To give you an idea, both of them sectioned off the top floor into just two separate huge loft spaces. I lived in the floor below, which was split into about 12 apartments. I asked both of them if I should be looking for a new place, but they just told me I had nothing to worry about. They said their particular apartments were subject to the new Loft Law, and I made the mistake of taking their word for it.

Soon after that, they sent everybody letters stating that they were no longer the landlords and they had handed over our leases to the real owner (all tenants were under the impression Levitt and Goodman were the owners prior to this), who apparently is some elusive, nefarious slumlord named Aaron Berger. It was in the middle of October, a DOB inspector followed me into the building, took one look around and told me that everyone was going to have to move out by the end of the day, essentially making about 50 people homeless without warning. We were eventually allowed a few extra days to enter the building in order to remove our stuff, but we were warned that if we stayed past sunset, we would be arrested for trespassing. Mind you, this was around Oct. 15, the middle of the month--just as the temperatures outside start dropping, and we had already paid our rent. The DOB agent said he had come by in July and told the landlords that if they don't make any progress in fixing the building's many (150+) code violations, he would have to condemn the building. That is the real reason why Jason and Jeremy had vacated their sweet lofts. The question was, why didn't they warn anybody? Moreover, why did they lie to my face?

The residents of 573 Metropolitan were talking class-action lawsuit, but that plan eventually fell through. Neither Jason nor Jeremy ever apologized or took responsibility for what happened to their former tenants. In fact, Jason even made a statement in one article (that is no longer available online) that any tenant who said they were unaware of the code violations were lying.

Around this same time in October, some of my old co-workers who were still working at Goods, were complaining that they were getting paid in IOU's. Goods shut their doors for good not too long after that. I'm not sure if they ever got paid. I don't know why, but shortly after all this happened, Jason bought out Jeremy and became sole owner of 3rd Ward, while Jeremy and his fiance moved to Hawaii.

Other items of interest: The brand-new Italian restaurant, Fitzcarraldo, which opened on the ground floor of 3rd Ward a scant few weeks ago, would like you to know that it's independently owned and still operating.

Silver Linings: Anyone who signed up for a 3rd Ward class through CourseHorse can get a refund. Yay! Just send an email to hello@coursehorse.com to claim your credit.

Got a 3rd Ward story you want to share? Send an email to tips@gothamist.com

#3rd ward
#jason goodman
#original
Do you know the scoop? Comment below or Send us a Tip