How many people have you heard complain about the weather in the past 24 hours? Next time remind them that this is nothing compared to what was going on in the 1800s, when it was so cold that the EAST RIVER FROZE SOLID. 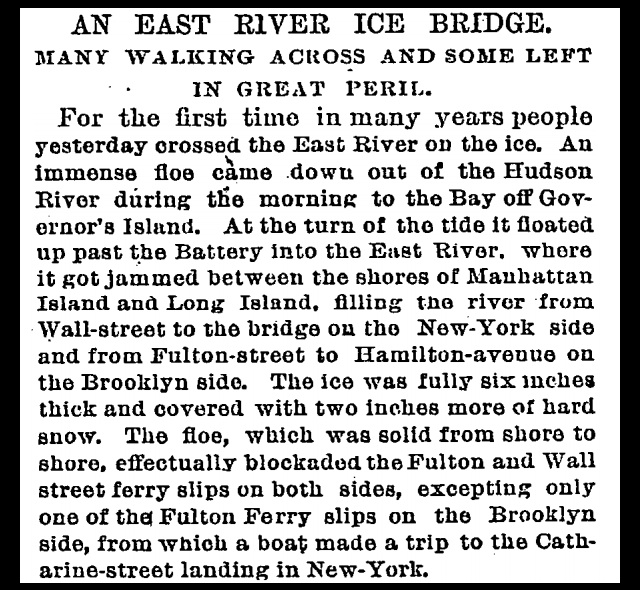 In 1888, the NY Times reported that, "For the first time in many years people yesterday crossed the East River on the ice" which filled the river "from Wall Street to the bridge on the New York side and from Fulton Street to Hamilton Avenue on the Brooklyn side. The ice was fully six inches thick and covered with two inches of hard snow" and "was solid from shore to shore." That day, New Yorkers tested the strength of the ice and "paid a boy his two-cent fee for the use of his ladder" to get on the ice on the Brooklyn side... when they reached Manhattan, they found a young employee of the fish market with a thriving side business, charging 5 cents to use the ladder he secured to help people up to land. And this wasn't the first time the river froze that century—here are seven other instances: 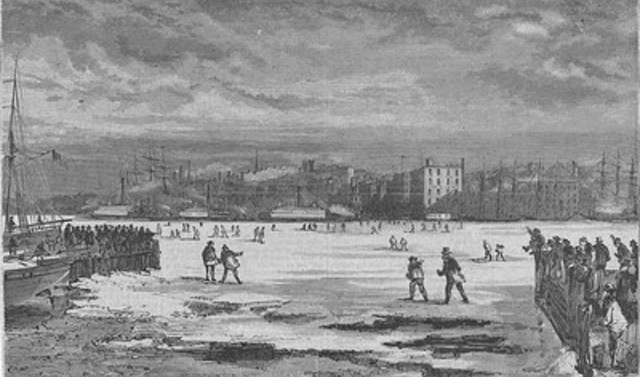