The most tree-lined block in Brooklyn is in Flatbush: Argyle Road between Dorchester Road and Ditmas Avenue. In Manhattan, the shadiest block is West 69th Street between Columbus Avenue and Central Park West. And the largest tree surveyed city-wide is in Queens: an 87-inch-wide pin oak on Douglaston Parkway and Barrows Court in Littleneck.

These tree superlatives are pulled from the Parks Department's third decadal Treescount! census, the results of which were released this week. More than 2,200 volunteers helped count trees over the last year, covering 131,488 city blocks. According to the city, there are 666,134 street trees in NYC (parks are excluded), up from 592,131 recorded a decade ago—an increase of about 12.5 percent. (In 1996, the first survey, 499,130 trees were counted.) 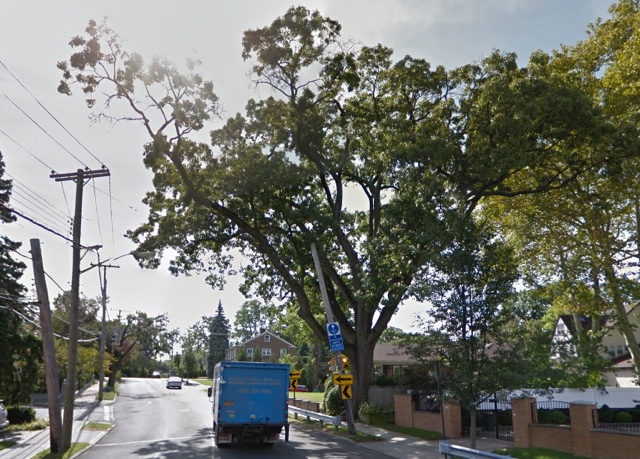 Parks officials said that the tree boom is attributable to the MillionTreesNYC initiative, which was instated under Bloomberg and planted 164,000 street trees between 2007 and 2015. Since 2008, developers have been required to plant one tree for every 25-feet of street abutting a property. Civilians can also make a street tree request through 311, and have been doing so in increasing numbers. "I think people see them planted and say ‘I want them too,’” Jennifer Greenfield, the parks department’s assistant forestry commissioner, told AM New York.

The new tree stats also reveal city blocks, and entire neighborhoods, that could use more green—like Astoria in Queens and Mill Basin in Brooklyn. According to the city, 72% of possible planting locations on city streets are currently tree-occupied. That leaves room for about 260,000 more trees across the five boroughs.

You can explore the city's tree map here, which can be filtered by type—American Elm, Bald Cyprus— and tree diameter. Click on a specific tree, and the map provides a Google street-view image.