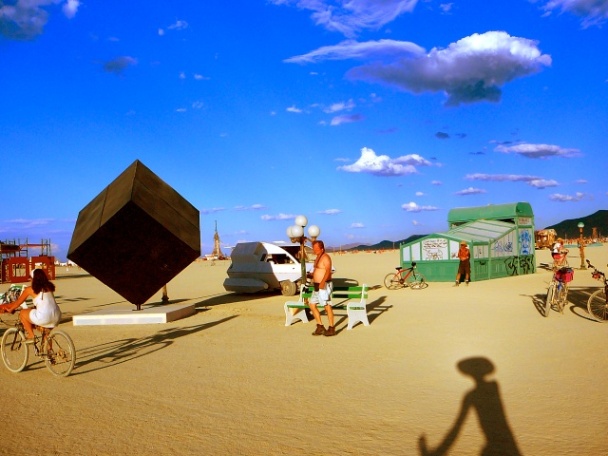 We've never been all that intrigued by Burning Man, but Limewire has some great photos of the recent annual desert voyage that make it look more appealing than appalling. 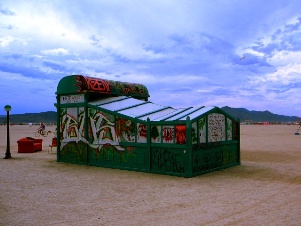 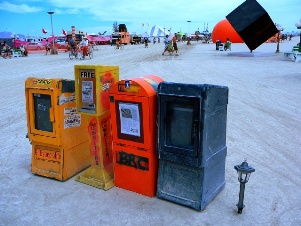 That's right, someone - actually the Open Planning Project - recreated New York City right there in the Black Rock Desert. It sort of begs the question "why leave New York in the first place?" but you've gotta hand it to them for even including such details as the Astor Cube and rats in the subway. Though we're not too sure we've ever seen a bus stop that looks like theirs -- check it out in the series of photos here.

And Open Planning Projects has worked in NYC - Park(ing) Day, for instance.