New York City Has Been Destroyed 34 Times On Screen

A series of infographic maps exploring the variety of ways movies have decimated our nation's most populous cities shows that directors have a strong bias against New York.

Deadspin's new home for "culture/food/whatever" has served up How Hollywood Has Destroyed America. Because New York City is the center of the universe, it obviously clocked in at 34 apocalypses (apocalypsis?)! You may be surprised to learn that gigantic monsters are responsible for the most NYC renovations (nine), including a dramatic attack in 1957's The Giant Claw:

What else do we have? SEVEN destructive superhero battles (all of which have been filmed after 2002's Spiderman), four geological events, four cosmic events, three biological catastrophes, two each for climate disasters, alien attacks, and human arrogance (nukes) and one very terrifying and accurate rat doomsday. They are coming.

Trailing at a close second, in the 32nd iteration of their West Coast sprawl, is Los Angeles, who also hold the distinction of falling victim to the country's only Sharknado. Not for long. 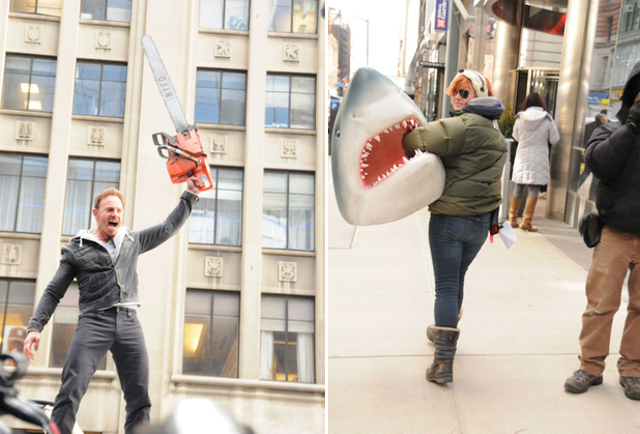 #apocalypse
#destruction
#destructoporn
#hollywood
#infographic
#map
#nyc
Do you know the scoop? Comment below or Send us a Tip