Are you still sad you missed the chance to see Alarm Will Sound performing at the Metropolitan Museum of Art? Well, get your calendar ready: The institution just announced highlights for its new Met Museum Presents season, and there are exciting events—like a talk with the Met's curator of Arms and Armors with the costume designer for Game of Thrones!

Limor Tomer, the Met's General Manager of Concerts & Lectures, said, "Whether through theater, talk, or music, we want to make visible the narratives that lie within the objects and galleries, giving our audience a depth of experience with works of art." And the Met's Director and CEO Thomas Campbell praised the program's "bold approach," while confessing that he was enraptured by former artist in residence's Alarm Will Sound's dance for far longer than he planned to be!

You can take a look at the season in this brochure, but here are some highlights:

The 2014-2015 season's Artist In Residence is The Civilians, a New York-based theater group known for investigative theater (their show, The Great Immensity, is at the Public Theater now). They will be performing three pieces specially created and reflecting the museum's galleries and art (September, March and May).

The Attaca Quartet is the Quartet In Residence; they'll be performing music from John Adams (collaborating with choreographer Franceca Harper), all 68 Hayden string quartets and other works throughout the season. Here's a taste of that: 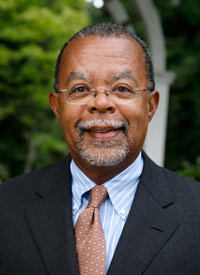 The scholar Henry Louis Gates, Jr., will lead a series of discussions about contemporary Mali while rare concerts with Malian singer Salif Keita and instrumentalist Bassekou Kouyate are planned for September and October.

In October, Paris-based sound artist Ryoji Ikeda will premiere Superposition in the U.S. Ikeda says, "The project about the way we understand the reality of nature on an atomic scale and is inspired by the mathematical notions of quantum mechanics," and it involves 21 screens, three performances and live and electronic music (video).

In December, one of the SPARK conservations will feature Game of Thrones costume designer Michele Clapton, artist Miyo Ando (she created a bulletproof kimono) and the Met's Arms and Armor curator Pierre Terjanian.

The Nrityagram dance troupe of India will premiere Samyoga in the Temple of Dendur in January. The following month, Roseanne Cash will have a Valentine's Day concert.

An opera created specifically by Opera Erratica for the museum's Velez Blanco Patio, La Celestina, will premiere in March. The sculptures in the space will be the characters in this audio-visual installation.

Tickets are on sale now; some of the events are free with museum admission.

#Met Museum Presents
#metropolitan museum of art
Do you know the scoop? Comment below or Send us a Tip