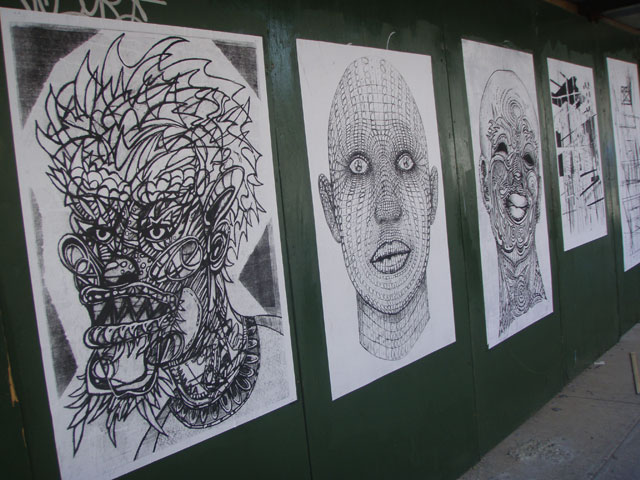 Do you hate graffiti? Do you also hate Brooklyn gentrification? Then you're really going to hate this email we received from Gothamist reader Paul Vogeler:

Hey this developer has chosen 7 local Brooklyn based artists to “wheatpaste” their art on the construction fence on North 10th and North 11th between Bedford and Berry in Williamsburg. It should set a new precedent for developers beginning to incorporate more artists in the beginning, middle, and final stages of new developments. As well as incorporating art into the project, the development will be using green elements in the building’s design.

7 artists were chosen, their art was selected, and the artists were paid a licensing fee for the use of their art. This is reminiscent of a construction fence in Dumbo.

It is up right now and will remain throughout the duration of the construction phase. There will be a reception for the artists when the building is complete, and much of the art might be incorporated into the actual condominium units

On the one hand, this could be genuinely altruistic move on the part of the developer-- fancying up an otherwise drab construction site. On the other, it could be a transparent attempt to use streetart to make gentrification seem cool. Or, if you're really paranoid, maybe its the inevitable joining together of two forces aimed at destroying quaint little neighborhoods-- the first sign of gentrification apocalypse. The mind reels.

Related: Condos and Streetartists at the 11 Spring Street Project

Two more pix after the jump. 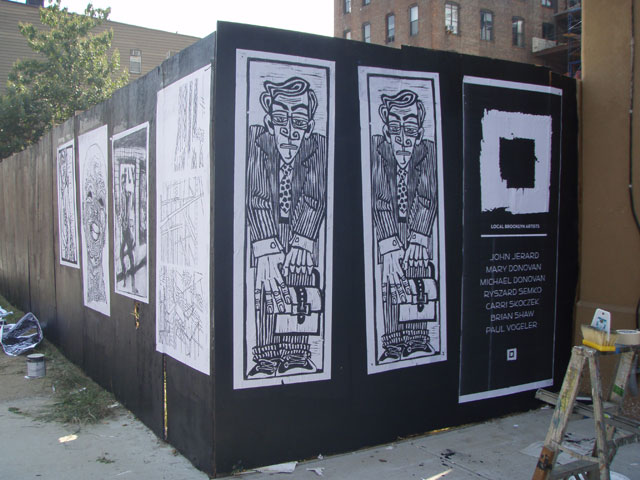 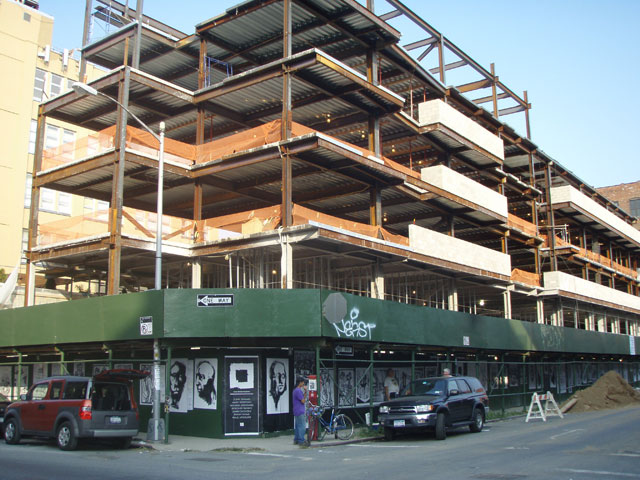