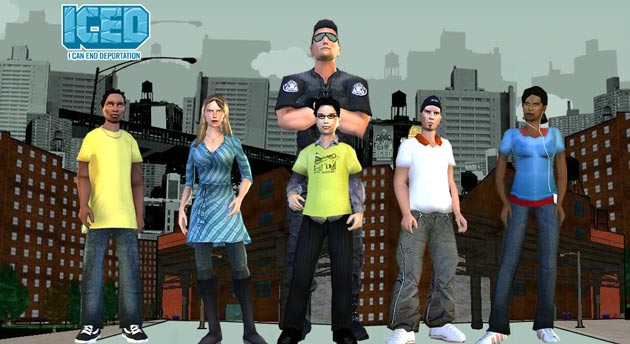 A NY-based nonprofit called Breakthrough launched a video game yesterday called ICED: I Can End Deportation (also a play on the acronym for Immigration and Customs Enforcement Department).

In the game, the player chooses one of five immigrant teens, each of a different ethnicity and immigration status, and walks through their shoes -- learning "how immigration laws deny due process and violate human rights to all immigrants." A collaboration between Breakthrough, community-based organizations and NYC teachers and students, the game can be downloaded for free and works with both PCs and Macs.

Since it's targeted towards students, it will also "be accompanied by curriculum for high schools and community groups to utilize in social studies and civics discussions, and align with New York State and New York City Social Studies and English Language Arts Standards." Which should work until Grand Theft Auto IV comes out.