For many families, diversity is one of the biggest advantages to living in New York. Sure, the schools are crowded, and you have to carry a stroller up and down subway steps—but as soon as you walk outside, your kids get to interact with many different kinds of people every day.

But our urban microcosm isn’t always reflected in the picture books we read to our children. Yes, there’s the classic The Snowy Day, which takes place in Brooklyn, but that was published in 1963. Only about a quarter of children’s books published in the US last year featured black, Latinx, and Native American characters. If you’re looking for picture books that feature disabilities or LGBT families, that percentage is much lower (how much lower, though, no one seems to know).

The reason why those numbers are so dismal is complicated. But the long and short of it is that the majority of people in children’s publishing are white, and the tired trope that white children won’t read books about children of other colors continues to circulate. You may recall that this unconvincing argument was once made about girl characters as well.

Happily, there are some good books with non-white characters out there that take place in our city. In honor of Children’s Book Week, here are four of my recent favorites, published in the last few months.. 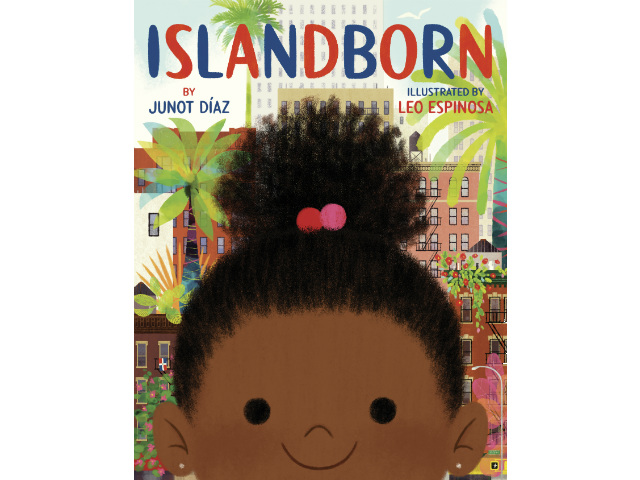 Not long ago, I walked into my local bookstore to find the new Islandborn, about a Dominican girl living in Washington Heights—which happens to be my neighborhood.

It’s a captivating work about the memories immigrants bring with them—in this case, Dominicans who fled the dictatorship of Rafael Trujillo. A little girl, Lola, is upset when her teacher tells the class to draw pictures of the places they are from. She left when she was too little to remember. And so she treats it like a mystery, roaming from neighbor to neighbor, gathering stories. She is told the bats were as big as blankets, that the mangos are the size of a person’s head, and that a monster arose who could “make a whole family disappear simply by looking at it.”

With its lush, friendly pictures, Islandborn shows how a common immigrant experience—facing a collective trauma—can bind a community together. 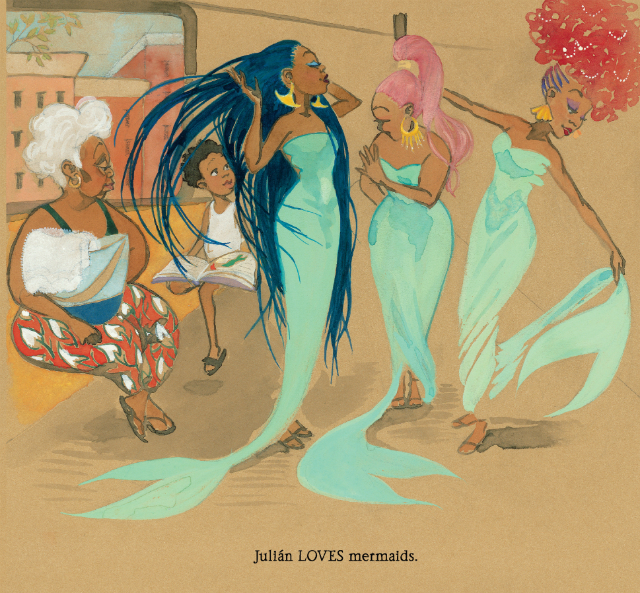 (JULIAN IS A MERMAID. Copyright © 2018 by Jessica Love. Reproduced by permission of the publisher, Candlewick Press, Somerville, MA.)

Julián Is A Mermaid
Written and illustrated by Jessica Love

Julián LOVES mermaids, so much so that he imagines transforming into one, growing long hair and a fishy tail. But Julián isn’t sure how Abuela will react, until one day, she catches a costume change—and they go off together to Coney Island’s Mermaid Parade.

This beautiful book is one of the very few picture books about a gender non-conforming child. Yet it feels like a celebration of all children who want to do things differently than the parental figures in their lives—and a love letter to the grownups who deeply understand them. 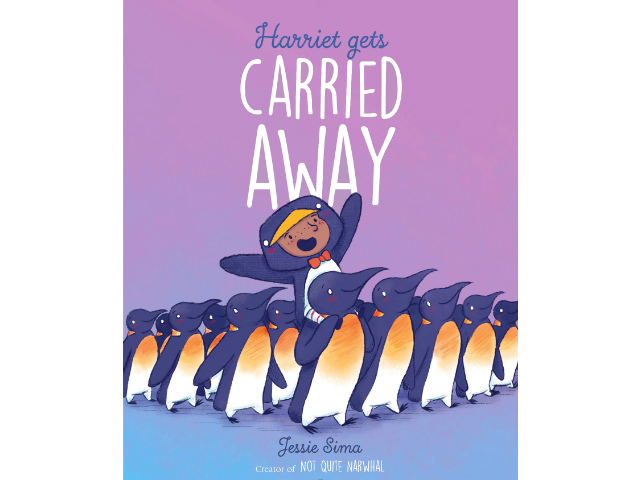 Harriet Gets Carried Away
Written and illustrated by Jessie Sima

Harriet LOVES costumes. She wears them everywhere, even on the subway. But one day when she dons her penguin costume to go to a bodega, she runs into real penguins—and gets shuffled away by the flock. Will she get back to her two dads in time for the party?

This one was suggested to me by the fine people at Books of Wonder, a kid’s bookstore on 18th Street near 5th Avenue. “This is just a really fun book,” said Abigail Moeller, who’s an assistant manager there. “We find that books like this one have the most child appeal - when there’s diversity, but it’s not the central part of the story.”

Of the books listed here, this one was certainly my 4-year-old’s favorite. It’s whimsical and silly, but also shows a resourceful black girl who is both independent and knows how to find help when she needs it. 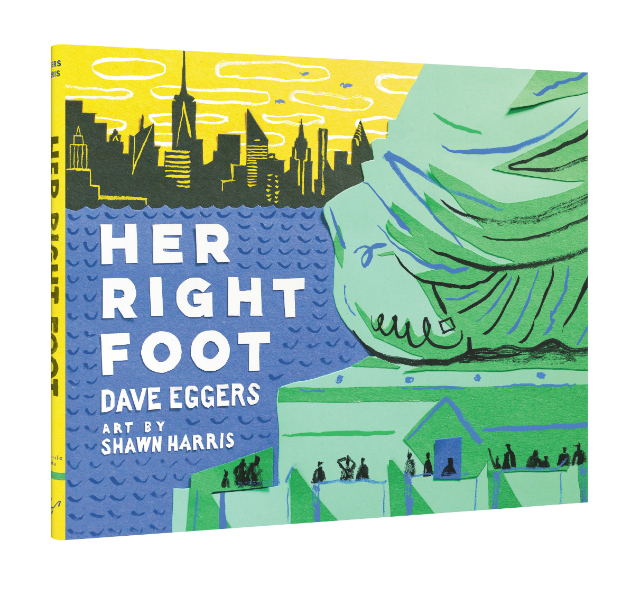 .
This wry book tells the story of the Statue of Liberty, focusing on it being a welcoming signal for immigrants. Harris's artwork is a swirl of the city, showing all of the different kinds and colors of people who live here.

The book's message is that the statue is not a piece of history. It's striding forward to welcome newcomers even now.

Also Worth Checking Out: These two below don’t take place in NYC, but they’re wonderful new examples of picture books which feature underrepresented kids. 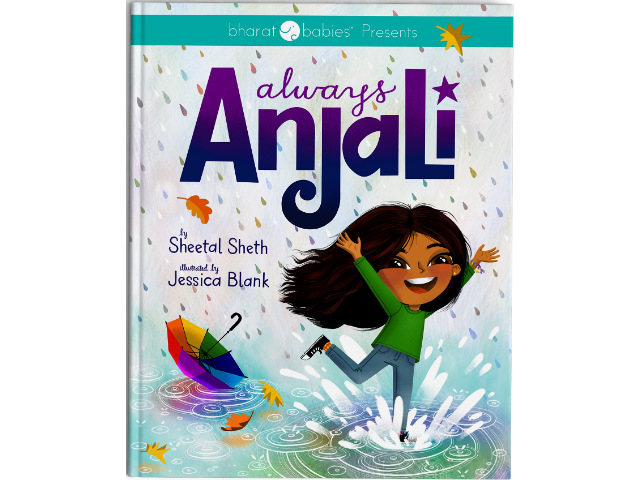 Seven-year-old Anjali is disappointed when she tries to buy a license plate for her bike, but finds only white names. She thinks the solution is to change her name to Angie... until her parents explain why her name is special in India. This is a girl-power book about being proud of your heritage. 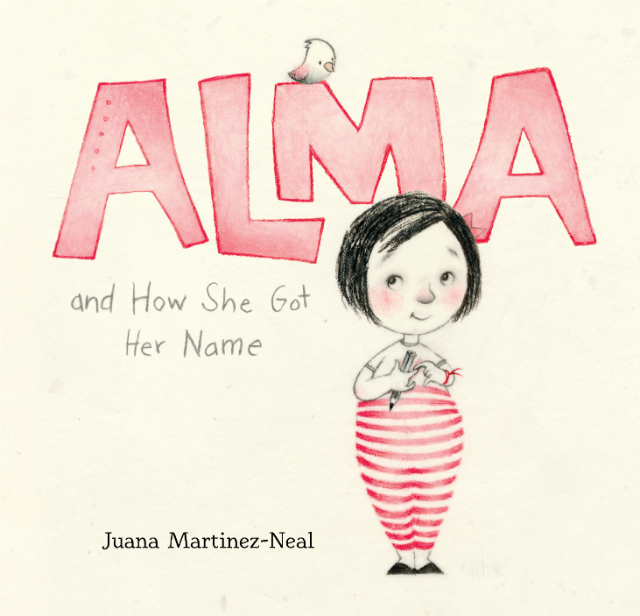 Alma Sofia Esperanza José Pura Candela thinks she has too many names, until her father tells her the stories of her namesakes. There’s also a version in Spanish.

#books
#children's books
Do you know the scoop? Comment below or Send us a Tip