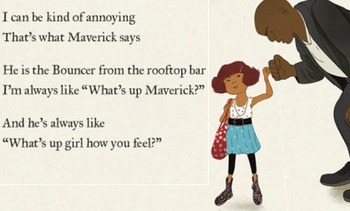 The children's book series featuring Eloise, a character created by Kay Thompson in the 1950s, has received the hipster update we never wanted, courtesy of author Mallory Kasdan. In this new series, titled Ella, the 6-year-old protagonist doesn't live in the Plaza Hotel, she lives at the Local Hotel, which is based on the Wythe Hotel in Williamsburg. It's being marketed as a "fun, hip, re-imagining of Thompson's timeless classic... for hipsters of all ages." Here's some more bullshit from the press release:

"The book... tells the story of a spunky six year-old girl who lives in a hotel-but if you think you know the story, think again. Ella has a nanny called Manny. He has tattoos for sleeves and he might go in with some guys to buy a grilled cheese truck. Artsy, of course, she weaves purses out of Ziploc bags and reclaimed twine. She has a dog named Stacie and a fish named Rasta. Altogether she has been to 62 events (including that Hillary Clinton fundraiser)."

Ella is described as a "trendsetter," who interacts with everyone from the hipster clientele to the bouncer of the rooftop bar to Topher, the hotel's Artist in Residence. We will say, illustrator Marcos Chin did a beautiful job creating her world... 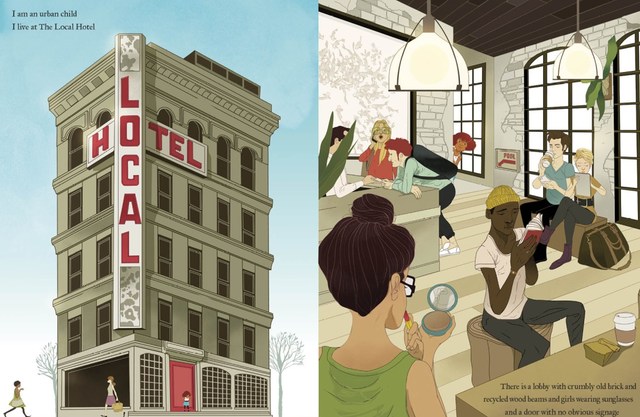 Both Kasdan and Chin will be at PowerHouse Arena on January 25th to celebrate the launch of the book.

#ella
#hipster eloise
#mallory kasdan
#marcos chin
#not eloise
Do you know the scoop? Comment below or Send us a Tip
A new Gothamist is coming! We’ve moved comments over to our beta site. Click here to join the conversation and get a preview of our new website.