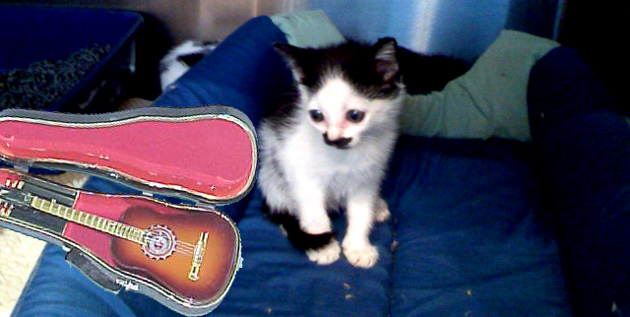 Marko Perkovic (known as Thompson on stage, portrayed by Kitler at right) is coming to town, and the protesters are awaiting -- with good reason. The Croatian rock star is known for nostalgically warbling for the Ustaša regime and glorifying the Nazis in his songs, and we can't imagine his anti-Semitism sing-a-longs are going to be very popular here in New York. The musician isn't all about the controversial topics (though it does get him lots of publicity), he also croons tunes about God and family. Can these lighter topics balance out his glorification of war and his nation's Nazi past? No...but he'll be bringing his full set for two shows to the Croatian Center in Midtown next month anyway.

In past concerts, he has performed an anthem of the country's Nazi-backed military regime — the Ustaša — that references extermination camps where tens of thousands of Jews, Serbs, and Gypsies were killed during World War II. He greets adoring crowds with a famous Ustaša slogan — and many respond with the Nazi salute.

"To glorify what happened during the Holocaust is not what we need in the world today, nor do we need it in this city — after the events we have recently been through. To play with that for the sake of music, or even conviction, I find it totally repugnant," the director of the Simon Wiesenthal Center's Task Force Against Hate, Mark Weitzman, said.

Many individuals and organizations, including Weitzman, have been in talks with the Croatian Embassy, who are equally as interested in stopping these shows (in an attempt to clean up their image with interesting in joining the European Union). Interestingly enough, tickets are being sold in a number of places around town, including some popular Croatian bars in Astoria -- the proprietors of which don't see why the $45 ticket is so controversial. In fact, many are touting him as a Croatian hero and "good person."