The producers of Coachella have teamed up with The Global Poverty Project to present The Global Festival on the Great Lawn in Central Park on September 29th. The free concert will be headlined by Neil Young with Crazy Horse, Foo Fighters and The Black Keys, with support by Band of Horses and K’Naan. But while tickets are free, to get them you're going to have to create a profile and interact with the new website Global Citizen, "a learning and action dashboard designed to help you become a more effective agent for change."

The Global Poverty Project aims to "motivate a generation to take 100,000 actions by September and take a stand against poverty." The Central Park show is scheduled to coincide with a United Nations General Assembly meeting on global poverty, and all those who attend the concert will need to accumulate "points" through a variety of tasks on the project's website. These include:

Accumulating three points gets you in the lottery to win two free tickets to the show. Of course, Neil Young fans with expendable incomes can bypass the whole activism thing and let their money do the "participating" by buying VIP tickets, of which there are three levels. All three options get you a separate VIP entrance to Central Park, plus seating up in front of the stage, and, most importantly, separate VIP bathrooms.

We're told the show's capacity is capped at 60,000, which, to be fair, is significantly fewer than the 250,000 expected on the Great Lawn to protest the Bush administration during the RNC in 2004—had the city not prohibited that rally, ostensibly because of concerns about the grass. “With at least 1.3 billion people living in extreme poverty on Earth today, there has never been a better time to become a Global Citizen and do whatever you can to make a difference for your fellow man," Neil Young said in a statement. 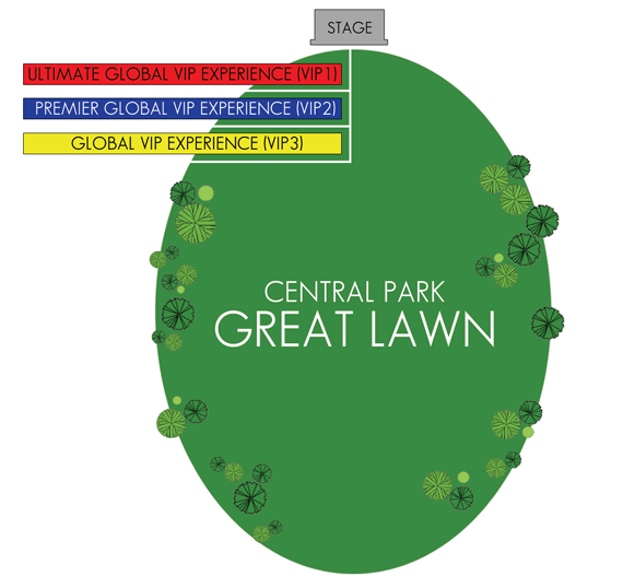 #central park
#neil young
#the black keys
#the global festival
Do you know the scoop? Comment below or Send us a Tip