Neil Diamond will be playing a free show in Ditmas Park today—the "secret" performance was announced via his Facebook and Twitter just a few hours ago. Tickets will be available at the venue, which is Erasmus Hall High School on Flatbush Avenue, starting at 3 p.m.—the high school is Mr. Diamond's own alma mater, which he briefly attended in the mid-1950s (he also went to Abraham Lincoln High School on Ocean Parkway).

They ask that no one show up before that time (it's a school day!), but that is certainly not going to happen. Expect a line, and the tickets will be be doled out on a first come first served basis. The performance will start at 6 p.m.

Unbelievably, this is the Brooklyn native's first ever Brooklyn show! 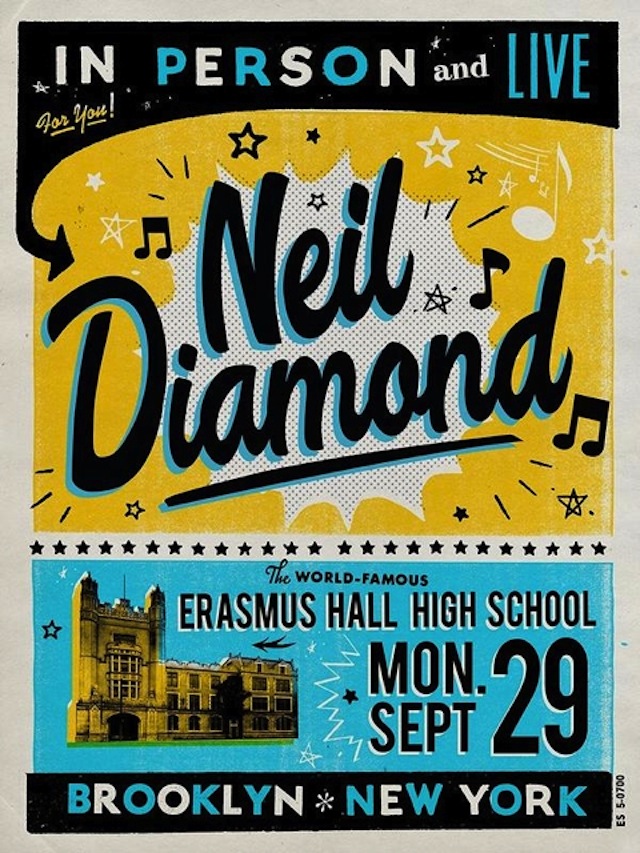