This post is a sponsored collaboration between American Express and Gothamist staff. 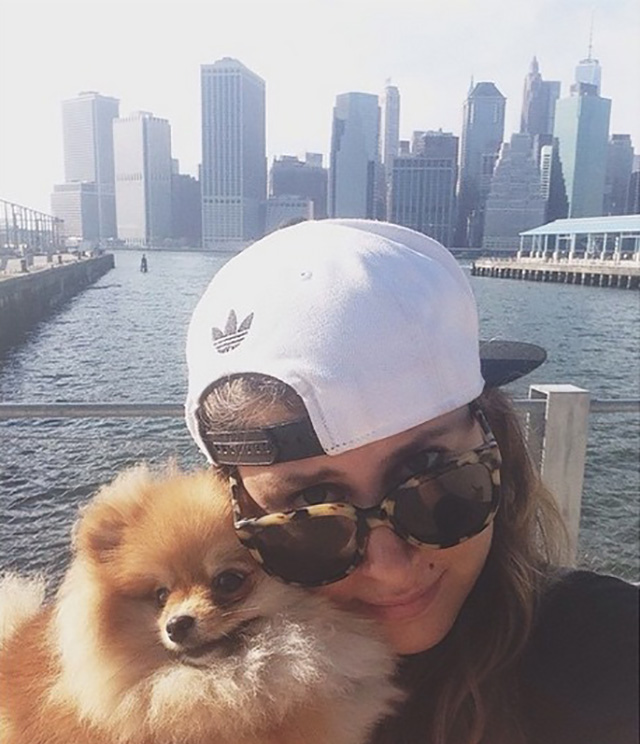 Penny and Julie.
Reward points are more than ties and gift cards, guys!

We asked a real go-getter in each of our cities to tell us who's on their list and what they're getting—with all picks coming from the Membership Rewards® catalog from American Express.

And who's our Gothamist choice? Julie Vastola: record label wizard, upstart music video director, New Yorker. She's a 24-year-old living on the Upper East Side with a 3-pound Pomeranian puppy named Penny. Julie works for a record label and directs music videos on the side, under the alias "Tha Crown Jules." Check her out on Instagram.

Growing up, did your family have any strange/unusual/funny traditions during the holidays? My mom collects snow globes that she puts out in our living room every Christmas. So whenever my family was gathered around the fire trying to have a nice relaxing evening, I would literally wind up every single snow globe and have them all going at the same time.

It was the most annoying sound in the world, but soon became some kind of weird family tradition. Now whenever we put the snow globes out for Christmas we wind them all up simultaneously. Why we do that, I have no idea.

What's one thing in the holiday dinner spread that's 100% non-negotiable? Chicken Parmesan! I know it sounds a bit random but I come from an Italian family and we always have chicken parm around the holidays.

Is there a movie that rings in the holidays more for you than any other?Jingle All the Way! So underrated.

Finish this sentence: "It isn't the holidays in New York until..." "...I see the nutcracker at Lincoln center with my family." 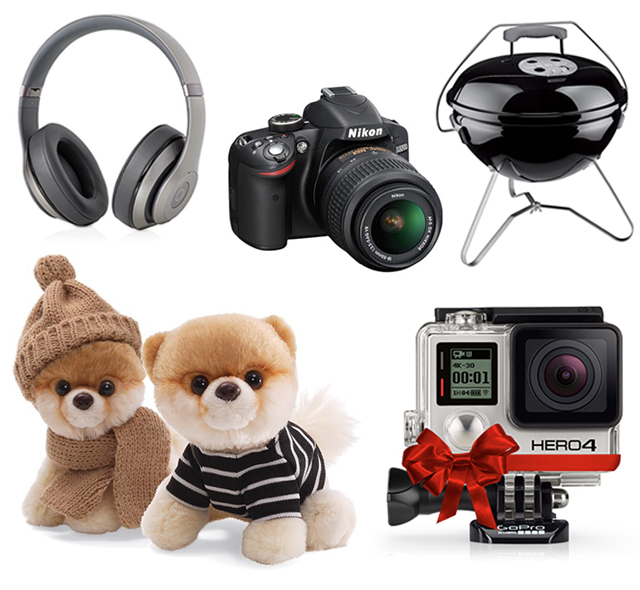 1. Elisabeth, Older sister, Carroll Gardens. "My sister works as a costume designer and travels all over the city for work. Wireless headphones would be a great present for her to use on the subway."

2. Rob, Co-worker, Harlem. "Rob lives on the top floor of his building, so I think this present would be great for him to take pictures of his beautiful view."

3. Kevin, Best friend, Cobble Hill. "He recently moved into an apartment in Brooklyn with an awesome rooftop. A tiny grill would be a sweet gift for him to use for BBQs during the summer."

4. Penny, Dog, Upper East Side. "Penny is completely obsessed with her 'Boo' Pomeranian stuffed animals, they distract her while she's home alone in my apartment."

5. Herself, Upper East Side. "I like to long board along the East River, so this would be great to attach to my board for some dope footage."

So who's on your list this year? Use Membership Rewards points that go toward the things your friends and family really want. As an eligible American Express Card Member, you can use #PointsForPresents!