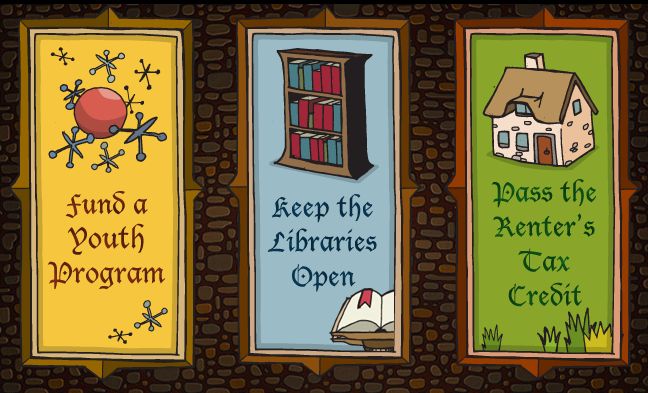 The Budget Maze is a new "game" from the Gotham Gazette -- because what's more fun than cutting city spending? However, one can learn more here than at, say, Guitar Hero; "If you're seeking to lobby the powers that be, the game offers a useful guide. If you're a student or an armchair activist, the three mazes should help you better understand the tortuous process that shapes city taxing and spending."

The city is legally bound to have a balanced budget in place by July 1, and as the powers that be rush to the finish line, the game replicates the process. The "bad guys" are really just bad decisions in this game, so don't lobby the wrong person and you should get through the 180 days relatively unscathed.

The real-life budget maze is nearly over, and when Bloomberg unveiled the plan earlier this month the NY Times said it would "virtually halt the growth in city spending for the first time since the economic downturn following 9/11."