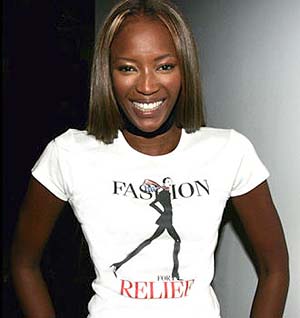 Rev up your Manolos (or, whatever), Fashion Week starts tomorrow! A little history: "Fashion Week originally began as 'Press Week' when a well-known fashion publicist named Eleanor Lambert organized the event in 1943. During the 1970s and '80s, designers began to show their collections in lofts, restaurants and clubs across New York City. It wasn't until Fern Mallis, vice president of IMG, the company that produces Mercedes-Benz Fashion Week, searched for a venue where all of the shows could be held in a single location. In Spring 1994, Fashion Week as we know it was held in the tents at Bryant Park."

The Daily is a good go-to for any of those who actually care to keep up on the latest fashion dos and don'ts walking down the runway. It's sort of like the amNewYork of the Bryant Park tents (but glossier!); it's daily and it's free. Another must-read for those wishing they had a front row seat is Fashionista (we interviewed editor Faran Krencil last September); currently they're telling readers how to get snapped by a Getty photog. One model that won't be snapped by anyone over the next week is Naomi Campbell.

During the calm before the stylish storm, everyone is talking about Campbell, who didn't get asked to walk this year and won't be attending. She also made this statement to all designers: “Women of color are not a trend. That’s the bottom line. Fashion needs to go back to the way it used to be when wonderful designers like Yves St. Laurent, Gianni Versace and [Azzedine] Alaia just had a great lineup of beautiful women – white, black, Chinese, Hispanic.” If the designers were to assault the working class, she'd be totally cool with that though.