But that's just the tip of the iceberg; with almost 150 new narrative features, documentaries, and short films to choose from, the possibilities for cinematic discovery are seemingly boundless. Advance tickets go on sale April 14th for American Express cardholders, and next week we'll take a closer look at some of this year's most intriguing films. In the meantime, Executive Director Nancy Schafer took a moment to guide us through TFF '09, which runs from April 22nd to May 3rd.

Besides the wide array of ticketed screenings, there are plenty of free events this year, right? Community is part of the core Festival so every year we produce two hallmark events: the drive-in and the street fair. As usual we are proud to put on three free nights of movies for families of all ages. On the 23rd we are showing TFF alumni Steve Barron’s Teenage Mutant Ninja Turtles, where we will celebrate the 25th anniversary of the characters. It should be a fun night for families with face painting and a pizza eating contest.

Then on the 24th we are honoring William Goldman, screenwriter of such legendary films as All the President’s Men, Marathon Man, and Butch Cassidy and the Sundance Kid, which we are showing. People like Tony Gilroy and Aaron Sorkin will be there to honor him before the film. That film is one to pass down from generation to generation, so we're excited.

Rounding out the three nights is a new film which we are world premiering at the Festival about child hip hop signer P STAR and her journey in the music business; this will be accompanied by a live performance from P STAR. The street fair, as usual, will have great things for kids of all ages, including Sports Day. 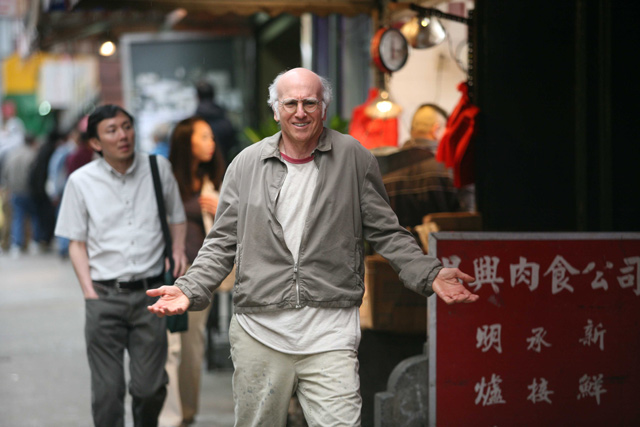 What's new this year? We're doing a number of free panels focused on the film industry and those aspiring to work in the industry. We also have a series at Barnes and Noble at Union Square called "Tribeca Talks: Pen to Paper," which are conversations about the craft of screenwriting. And there are three panels with famous screenwriters whose work is showcased at the festival. You can get specifics at the festival website. Also, our partner Apple does a great series of conversations at the SoHo store with many of the directors from the Festival; these are free and always a great experience.

And how has the economic crisis impacted Tribeca Film Festival? We are a little leaner this year, but we are still putting on the best show for the audiences and the community. We feel this program is the strongest yet and are excited for the Festival to begin so we can share the films with everyone.

Speaking as a film-lover and not the TFF Director, what are some of the lesser-known films at the festival that you’re personally most excited about? I love the program this year and I think that there is a diverse selection of films. Some things that I would love to direct people towards are Variety, Bette Gordon’s early 80’s seminal film; Wild and Wonderful Whites of West Virginia; Swimsuit Issue, which is bound to be a crowd-pleaser, North, a film about the journey not the destination... I could go on and on and on but I’ll stop here and just say that it's really worth diving and trying something this year, especially some the films in the Discovery Section, which features mostly first time filmmakers.

And to give people a sense of your personal taste, what are five of your favorite films of all time! My favorite films change all the time. Some days it's Clueless and others it's Goodfellas. And then there are the documentaries, which have opened my eyes to so many powerful stories.

How many movies do you think you watch in an average month? It depends on the month. Leading up to Tribeca, a hundred or so a month. At other times it's probably 25 or so.

#2009
#interview
#tribeca film festival
Do you know the scoop? Send us a Tip