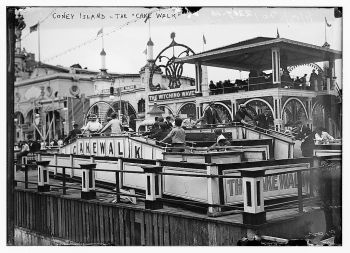 Yesterday a team of designers, engineers, producers and economists came together at Brooklyn Borough Hall to launch "Imagine Coney," an initiative spearheaded the Municipal Art Society. Their goal is to restore Coney Island to its original splendor, as it's been on the decline for years.

At the meeting, the MAS team listened to presentations from key stakeholders, and will return on November 13th and 14th to participate in a “charrette – an intense design workshop – to develop new ideas. The team will present their work publicly on November 17. But first the team will need your input. In mid-November, the MAS will be hosting two public workshops with our local partners, as well as an online Call for Ideas."

The city has already announced a rezoning initiative, but the uncertainty of the area still falls at Joesph Sitt, the principal of Thor Equities who owns a bulk of the planned entertainment area. The Brooklyn Eagle reports more on the worldwide call to arms for helping in MAS redesign Coney from the ramshackles.