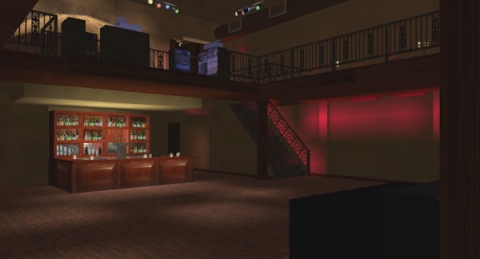 It's been quite some time since we hopped the virtual F train to the virtual Lower East Side (that's VLES, for those in the know), but it seems one NY Times scribe has been making some frequent visits to the online world. In fact, he may even prefer it to its real life counterpart.

There were no imperious bouncers or foul odors to contend with, and no fluids of any kind expectorated on my shoes. Except for a slightly choppy video feed, it was by my standards a pretty successful evening on the town. Despite knowing that its real-life inspiration exists right outside my door, I have spent the last few months making such visits to the Virtual Lower East Side (vles.com), a three-dimensional, Internet-based social network fastidiously modeled on a small but influential swath of Manhattan real estate.

Aptly described as "a mash-up of Facebook and Grand Theft Auto, with a dash of the indie-rock Web site Pitchfork thrown in for good measure," one can attend a show at Bowery Ballroom (pictured), make pixelated friends, and "get into as much after-hours miscreancy as the Web site’s programmers will allow." Creepy!

The project was spearheaded by the MTV execs who also created a virtual Laguna Beach and The Hills, undoubtedly the network is looking for some street cred with the VLES. They say it's a way to return to their music roots and passion for "underground subversive bands,” but we're betting that even in Second Life MTV isn't airing videos. Do the people on the real LES even watch MTV? Would the businesses portrayed in the online world want to be associated the network? As far as cultural cache goes, this is a one way street. In fact, MTV sent their partners at Virtue, a division of Vice magazine, to approach the clubs who "acknowledge that they were won over more by Vice’s bohemian bona fides than by the opportunity to collaborate with MTV." MTV had been attempting to create the world on their own, but apparently failed and just relaunched it with the help of their more credible team of corporate hipsters. One question remains: now that the doors to the VLES are opened, will you be logging on?