Hello, friend. Welcome to the incarcerated world of Mr. Robot. So in a Shyamalan-esque twist (in a good way, I swear) Elliot has been in prison this whole season, and has been keeping it from us. Some friend. That being said, the whole season clicks into place now. The routine, the fact that Ray knew about Elliot's hacking skills, the fact that Elliot was carted into and out of a hospital room after being severely beaten, and Elliot's isolation from the rest of the cast are all explained by the fact that Elliot's been locked up. For what, we don't know yet. So we got some answers but are also left with a bunch more questions:

WAS THE KNOCK ON THE DOOR AT THE END OF SEASON ONE FROM THE POLICE?
Season One of Mr. Robot ended with a dramatic knock on the door of Elliot's apartment. Well, the door knock was pretty standard, the cliffhanger was about who was at the door when Elliot opened it. The easy theory was Tyrell, but now that we know Elliot's been in jail for a month, maybe it was the cops coming to arrest Elliot for... something. We know a gun was fired at fsociety's glamorous Coney Island arcade HQ and Mr. Robot has admitted to Elliot that they at least shot Tyrell, so did Elliot catch an "assault with a deadly weapon" charge?

WHO'S BEEN CALLING JOANNA?
And, for that matter, why has she been "protecting" Elliot (poor, dead Karim's words) this season? Elliot's not supposed to be lying to us anymore, but could he be the only one who knows where Tyrell is at the moment? After all, Mr. Robot told Elliot they shot Tyrell but stopped short of saying he was killed, so technically Elliot wouldn't be lying to us if he neglected to mention that part. Which means Tyrell could be alive to make the occasional breathy phone call to his wife. Even outside the realm of Elliot though, Joanna's scheming some sort of scheme, with some people theorizing that poor, dumb, hot DJ Derek is about to take the fall for the murder of Sharon Knowles. 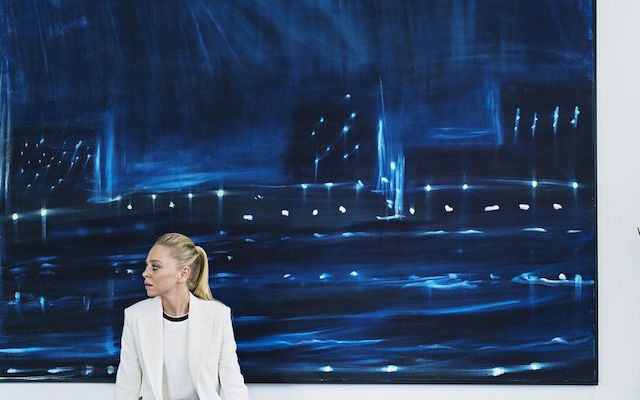 WHAT'S ANGELA'S END-GAME?
And our final schemer of the evening is Angela, who continues to be the most fascinating character this season even as she talks like she's heavily sedated in a lot of scenes. She made a series of big moves, from finishing the FBI hack to getting the Washington Township lawsuit settled to turning down Phillip Price's advances to getting herself transferred to the risk management division. Just when everything was coming up Milhouse though, she appeared to overplay her hand when she asked for some case files all casual like, nbd, she just also needed files on one of the biggest lawsuits facing the company that happens to involve her. That's where she hits a wall, but they couldn't possibly think it was going to be that easy, right? And what does a look at the internal documents do for her, given that Angela and the public already knows the extent of E Corp's toxic waste negligence? Colby told Angela she could make changes from the inside, but did she see an invitation like that as "You can somehow destroy E Corp from the inside"? Angela's burned bridges with friends, family, and her lawyer on the Washington Township case all under the guise of being a good soldier for E Corp, but it finally seems like a deeper plot is going to be revealed.