Hello friend, welcome back to the wonderful paranoid world of Mr. Robot. Last week we finally got some action going in a season that had been setting its chess pieces on the board, and this week things really kicked into high gear. No more thinking, no more soliloquies, just high-impact action starting with...Elliot at a laptop. Feel the excitement! On the other hand, that's what we've been waiting for anyway, right? So Elliot got back to hacking, Joanna Wellick got a tad more dangerous, Angela is falling back in with some old pals, and Dominique Dipierro AND Elliot are in worlds of shit. Which leaves us with a bunch of questions and, as per serialized television, very few answers. Here's what we're puzzling over this week:

IS TYRELL WELLICK ALIVE?
At first it seemed like the big mystery this season was going to be whether Elliot shot Tyrell Wellick the night of the 5/9 hack. Slowly though, it's been suggested that Wellick is alive, and this episode seemed to confirm it. Poor parking attendant Karim, who was keeping some kind of secret for Joanna, got offed because he was just too damn nervous. He said he was being followed by the FBI, and he couldn't understand why Joanna would go through this much effort just to protect "some kid in a hoodie." Unless she's protecting Tyrell of course, who presumably sent her a nice metal rattle for his and Joanna's devil spawn. This is a hell of a lot of effort to go through if Tyrell isn't alive, even if the phone call Joanna gets from the first episode's mysterious cell phone is just a lot of heavy breathing (from somewhere nearby per the ambulance noises). Is Tyrell alive but being held prisoner by the Dark Army? Or Ray, for some reason? Or is he "alive" but in the way that recognizable and wanted men are alive, forced to retreat from every semblance of a normal life, never to be seen again? 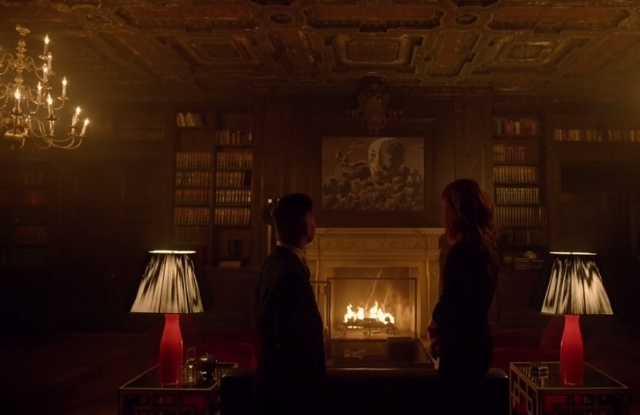 IS FSOCIETY JUST A BAND OF USEFUL IDIOTS?
Speaking of the Dark Army, holy crap what is their deal. First introduced as a terrifying hacker collective out of China willing to help fsociety take down the world economy, it's now been revealed that B.D. Wong's Whiterose is playing all three sides involved in the game: fsociety, E. Corp and the FBI, popping up in this episode at Minister Zhang, China's Minister of State Security. Yet Whiterose was talking to E. Corp CEO Phillip Price about a mysterious "e-coin" plan just last week. It would seem fsociety, with their combination of skill and naïveté, was a pawn in a larger game, but who's ultimately playing, and for what? Would Whiterose and Price conspire to crash the world economy just so they could suggest converting the world's money to an all-digital format controlled by a single megacorp? Why would that help Whiterose though? We may find out more next week, as the trailer shows Darlene's boo/Dark Army contact in some kind of shit with the masked hackers.

WHO IS RAY? SERIOUSLY?
Is Ray just a mid-card baddie who we'll be done with in a couple episodes, while Elliot triumphantly hacks his way out of his current extremely bleak situation, or does Ray's connection to the season's unfolding story go deeper? The promo for next week shows that Elliot is going right to a hospital bed after Ray's extremely large goons beat him up, where Ray tells him there's a lot of work to do. We know Ray runs a Silk Road-esque website, but how did he come to know about Elliot? Did he even start the website, or did he beat it out of the originator? And when your extremely large goons bring an unconscious man into a hospital, what do you say to the administrators to get visiting privileges? "Uh, we found him like this?" 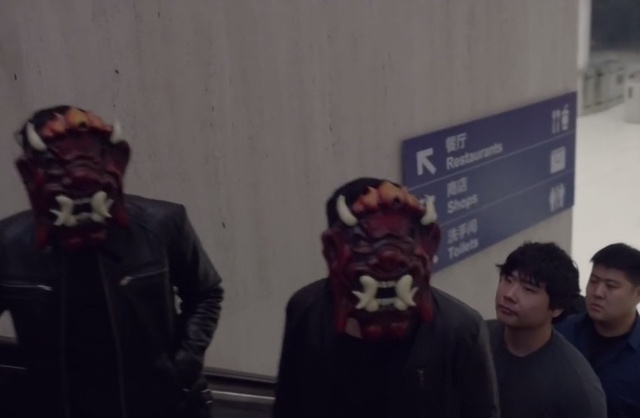 HOW MUCH DOES DARLENE TRUST ANGELA?
When the episode opens, it seems like the gang was getting back together, even if not everyone was into it. And while Angela is the one with a nice job and apartment and seemingly a lot to lose, Darlene appears to be the one taking precautions, secretly putting a file, "Angela-image.dmg" on Angela's laptop, before she starts her recruitment pitch. I guess I answered my own question about how much she trusts Angela, which is, "not too much," so perhaps the question is more about what that seemingly innocent file might turn out to be.