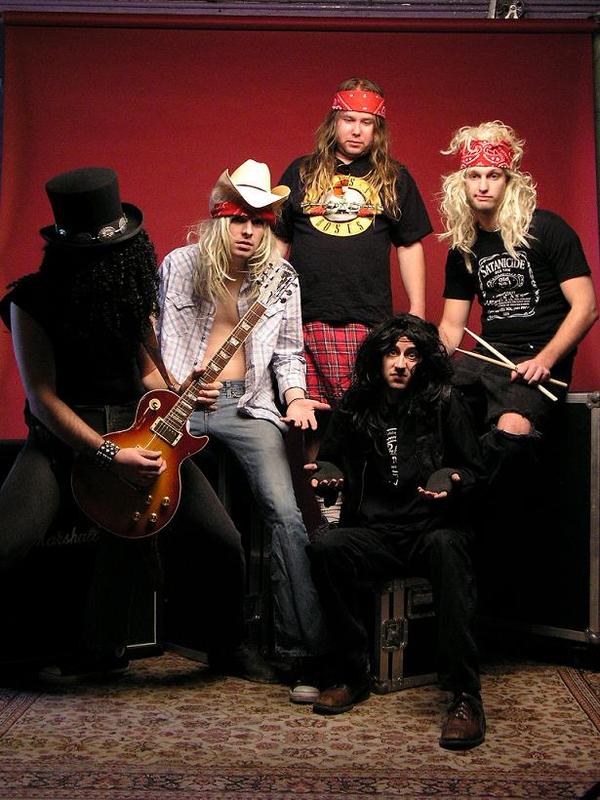 Mr. Brownstone is reuniting this weekend with a show at Bowery Ballroom. The Guns n' Roses cover band is led by Clap Your Hands Say Yeah drummer Sean Greenhalgh (who makes for a pretty good Axl!) and touts themselves as the World's Drunkest Tribute to G n' R. We asked them to give us their Top 5 all-time best reunions list to commemorate the event.

THE DOORS
Ian Astbury was clearly the missing element they were always searching for. The Doors reunited and finally made some decent music. Think of the old lineup (with Jim Morrisson) - you can't even name three songs they recorded.

COVERDALE/PAGE
When Led Zeppelin reunited in the early nineties as Coverdale-Page, who expected them to make their best album in 15 years? Not us.

THE SHAGGS
New Hampshire's greatest contribution to the World graced us with a reunion in 2000 then disappeared again. But not from our dreams, nor our fantasies.

MR. BROWNSTONE
Due to overwhelming popular demand, this band, known for eclipsing the popularity of the band they pay homage to, was forced to get back in the ring after 18 grueling months off the road.

GEORGE WASHINGTON'S SECOND ADMINISTRATION
An aging Washington longed to return to his plantation at Mt. Vernon and retire to his first love - the rolling hills of Virginia. But the continued battles between finance and business-minded Alexander Hamilton and agrarian-leaning Thomas Jefferson among the members of the Continental Congress left the new republic's future perilously in danger of an anarchistic collapse. Thus, Washington reluctantly signed on for a second and final term as President; with him were John Adams, Edmund Randolph, Alexander Hamilton, and Henry Knox whose reunification assured the President and his country the legacy it now enjoys.

Buy tickets to the Saturday show here, and if you want more -- you can also catch "Izzy" (aka Dave Godowsky) at Mercury Lounge this Sunday, for a drunk tribute to his own music.