In Morgan Freeman and Diane Keaton's new movie, 5 Flights Up, the duo play a couple who are attempting to sell their apartment on the 5th floor of a walkup. The trailer is particularly satisfying, since you get to hear the Freeman's smooth voice say the word: hipsters—"When Ruth and I first moved to Brooklyn, it was out of fashion but we liked it. It's cool now, filled with hipsters. But as much as it's changing, I'm gonna miss this place."

Back in September (when the film had a different name) some scenes were shot near the Myrtle Ave stop in Brooklyn, as well as Bedford Avenue between South 2nd and South 3rd. As for where exactly the apartment is supposed to be, the above and below shots suggest in the vicinity of Williamsburg's Southside, with the Bridge and Domino (RIP) in the background. 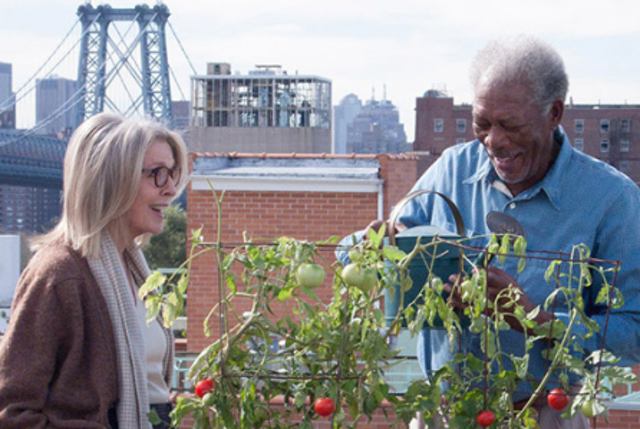 #5 flights up
#diane keaton
#Morgan Freeman
#movie
#williamsburg
Do you know the scoop? Comment below or Send us a Tip