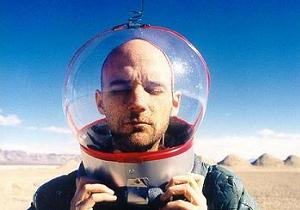 So, Moby just happened to Google Alert himself run across this music blog that wrote a (video) post asking him to play their anniversary party since their headliner had canceled (headlining was The Teeth, who broke up...and broke stuff at our CMJ show last year). The video message, which offered $1,000 to play the show, also went out to Win Butler, Kate Nash and Ben Gibbard. Moby responded "yes" (aww). And Hoboken ladies: he's ready for an after-party:

so, as i spend way too much time on the aforementioned internet and i have free time on april 10th and i love to play if there's an audience and/or beer involved, saw his request and i emailed him and said, 'i'd be happy to play at your party'. then he wrote back and, to paraphrase, said, 'great'. so i'm playing at his party.

p.s-the bars in new jersey close early, so i'm not sure what we'll be doing after the show. but we'll be up late, as both me and my bandmates are, for lack of a better term, "alcoholics". we're open to post 1:45 a.m suggestions. thanks.

The show is this Thursday, and tickets are only 8 bucks (still on sale as of this moment)! If you make the trek to Jerz, you'll also be able to catch the lovely Salt & Samovar, who are also on the bill. Maybe we should have asked Moby to deejay our pizza party tonight.