Are you still suffering from a World Cup hangover? Relief is finally here, in the form of that most bizarre sporting event, the mid-summer soccer friendly. NYC sports fans have their choice of three different friendlies over the next six days. 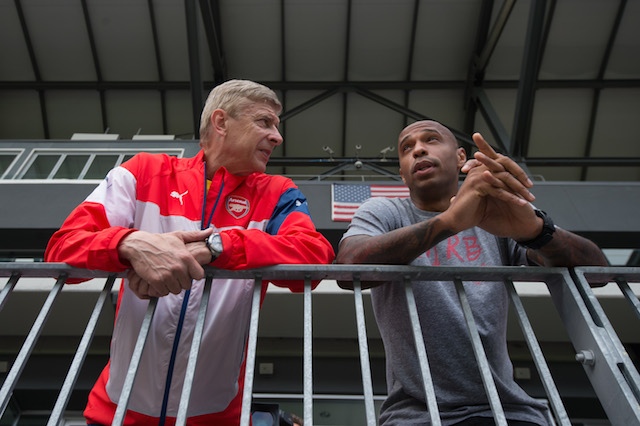 He may argue that it's far from his final match, but let's face facts here: this afternon's match is effectively a testimonial for legendary striker Thierry Henry. It's not the first time the Red Bulls will face Arsenal - they squared off in 2011 in London as part of the Emirates Cup - but it is the first trip across the Atlantic for Arsenal in 25 years. Expect Red Bull Arena to be full (for once), largely with Gooners from around the country looking to see their beloved club.

Henry has politely protested mid-season friendlies in the past; even with his old club coming to town, he was all business when speaking about the match on Thursday. "Well, it’s a friendly game so it’s different, you know. My mind is on Salt Lake, to be honest with you. I know there is a game on Saturday. I know it’s going to be all nice and everything but, you know, all I know is that on Saturday we’re not going to get three points if we win. It’s nice, it’s going to be a game against Arsenal, you know, I know all those guys. But it’s a friendly game."

Tickets are effectively sold out (unless you're into obstructed views), so if you absolutely must live out your Nick Hornby-inspired dreams, get to StubHub with haste.

To celebrate their visit, some Arsenal players tried out their New York accents, which were terrible:

The Red Bulls countered with terrible British accents of their own: 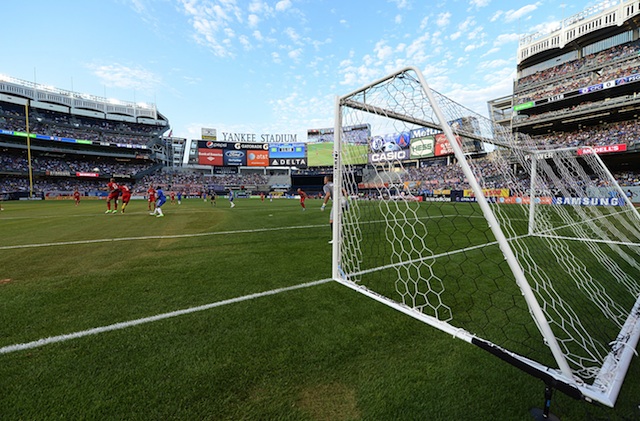 The International Champions Cup plays its only NYC match at Yankee Stadium on Wednesday, a match-up between the 2013-14 Premier League Champions (MCFC) and runners up (Liverpool). Liverpool fans will fondly remember emerging victorious the last time these sides met, a 3-2 win back in April that coincided with the 25th anniversary of the Hillsborough disaster.

It's safe to expect this won't be nearly as emotional or competitive, but may still provide some sparks. City started a reserve-heavy squad for a friendly against MLS side Sporting Kansas City earlier in the week, but still have stars like Joe Hart, Yaya Toure, and Edin Dzeko on the tour roster. Liverpool's roster is practically complete, with Steven Gerrard, Daniel Sturridge, and Phillipe Coutinho all making the trip.

Tickets for the match are still available. 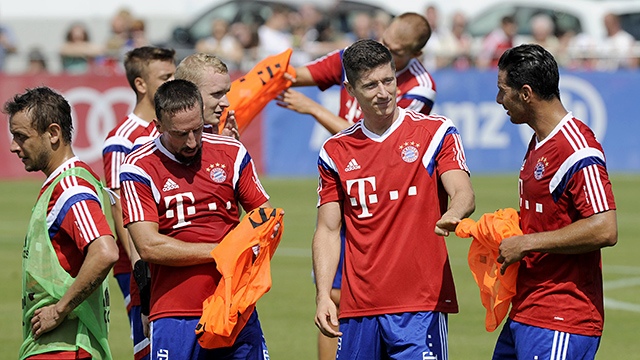 If the Premier League isn't to your tastes, perhaps you'd prefer something a little more German? Bayern Munich have made no bones about their desire to build their reputation outside of Germany, opening a US office in New York City this month. Before they head to Portland for the MLS All Star Game, they'll play a local game, facing off against Liga MX's Club Deportivo Guadalajara. It's a little bit of an odd choice of opponent, as Chivas has just started the 2014 Apertura themselves, but tune-ups are tune-ups, right?

While the six Bayern players on the German national team roster will not feature on Thursday, there's plenty of talent to watch for here. Switzerland's Xherdan Shaqiri, Poland's Robert Lewandowski, France's Franck Ribéry, and USA prodigy Julian Green should all feature in the match.

Tickets for the match are still available.