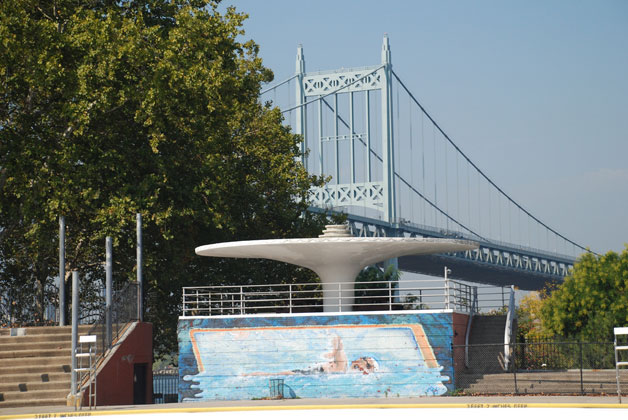 We love Open House New York - it's a wonderful opportunity to venture into usually off-limits buildings and places and learn more about them. We tried to take advantage and managed to go to six different sites this year across three boroughs. We would have done more, but the weekend subway work threw a monkey wrench into things.

Given what we wanted to see, we skipped everything that needed reservations, since we knew that the subways could be a problem on the weekend. And given that, plus other issues we ran into, we have some suggestions to improve things for later years to make it easier for everyone who goes.

Here's our detailed account of trying to hit six OHNY locations over the weekend. Our first stop on Saturday was the Astoria Pool. They say getting there is half the fun and it was. The N train we got on was signed to go to Astoria, but instead terminated at Times Square. So wanting to stay in motion, we hopped the 7 to Queensboro Plaza and eventually got on the N out to Astoria. After hiking from the subway to the pool, we took the tour given by an Urban Park Ranger. We were looking forward to seeing the “underground infrastructure [that] features an innovative filtration system” the OHNY guide mentioned. However, the tour was just the above ground pool. This of course disappointed everyone who took the tour and we all mentioned it on the Parks Department comment sheets.

Our next planned stop was Fort Totten. We never made it thanks to construction on the Astoria Line slowing things down. When the 7 train we were on pulled into Woodside, we saw the LIRR train that would take us to Bayside and the bus out to the fort pulling out of the station. So we decided to pay the $3 we would have spent to head out to Bayside to head back into the city, where we were sure to find something inside and air conditioned.

We decided on the Masonic Grand Lodge in Chelsea, since surely that was air condoned and not usually open to the public. However, on our way to see the Masons we stumbled upon the Church of St. Vincent de Paul, which is the city’s French parish. The beautiful interior of the church is like a trip to Paris. Sadly the Roman Catholic Archdiocese wants to close the church and sell the land and the parishioners are trying to get the building landmarked. We were glad we found the place that we have been by countless times and never really noticed next door to Tekserve. 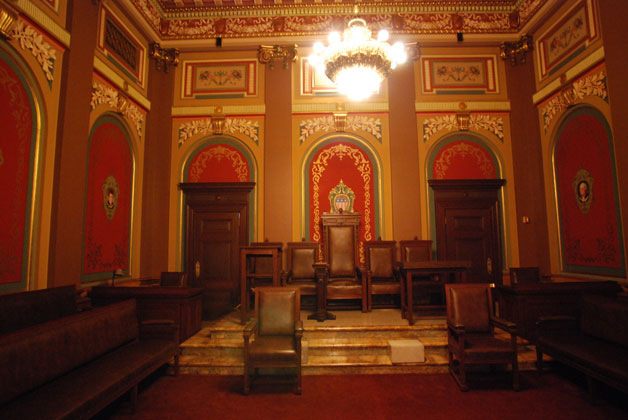 We finally made it to the Masonic Grand Lodge where we waited on line in air conditioning. We were a bit unhappy to find out they do give regular free tours six days a week, but we were there and had waited on line so we plugged on. 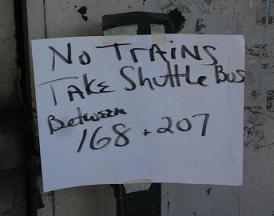 On, Sunday, the subways were just as bad and on our way to The Little Red Lighthouse, we had to deal with the A train running local and two of the words that every straphanger hates – shuttle bus. Thankfully the shuttle bus from 168th Street ran quite well. What we didn’t expect was being held up by a breast cancer walk, which had some sort of staging area right by The Little Red Lighthouse. Still, that didn’t take any of the charm of the storybook lighthouse away.

Our next stop was the Highbridge Water Tower, which of course is yet another hike to get to thanks to the subway work. Our only complaint was there wasn’t anyone monitoring the spiral staircase up to the top of the tower, which led to conflicts of people going up and down. 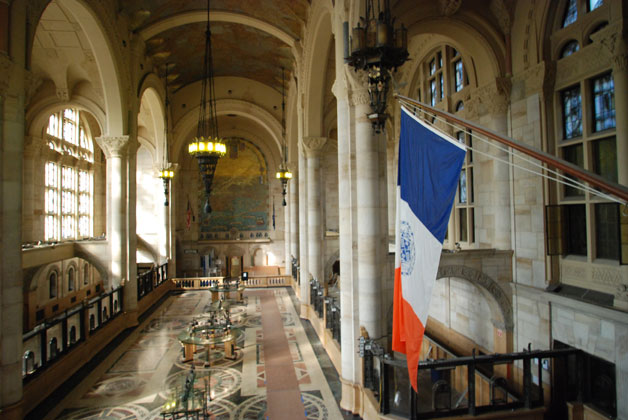 After hopping on the M101 bus to get to the C train - we mean A train - running local, and a pit stop to get a blower to deal with a camera dust problem, we made our way to the Williamsburgh Savings Bank Tower, also known as One Hanson Place. The formal dental mecca is one of our favorite buildings in the city and we got to poke around the former banking floor. We were hoping for the observation deck to be open, but it was closed due to safety issues.

Our last stop was the Soldiers and Sailors Memorial Arch at Grand Army Plaza. We got there a little after 3:30, which was what we (and about ten other people) thought was in plenty of time since it was scheduled to close at 4:00, but it wasn’t. We could have done more, but since there was only limited service at the Grand Army Plaza subway stop, we decided to call it a day.

Other than the transit roadblocks and a lot of walking, we did enjoy this years OHNY. Plus, if it wasn't for our bad luck, we wouldn't have discovered the Church of St. Vincent de Paul.

Did you go to Open House New York? Let us know what you thought in the comments. Also, NewYorkology on the Woolworth Building, Curbed on the HighLine, Riverhouse and 93 Nevins, and CityRoom on the HighLine.

Photographs (from top to bottom) of the Astoria Pool, Masonic Lodge, shuttle bus sign, and the The Williamsburgh Savings Bank by Triborough at flickr