Everyone knows that Vogue editor-in-chief Anna Wintour rules the fashion industry, but now her legacy is cemented at one of NYC's foremost cultural institutions: The Metropolitan Museum of Art's director Thomas Campbell announced that The Costume Institute will now be called the Anna Wintour Costume Center.

A press release says the former Costume Institute "has been completely redesigned and renovated and will reopen on May 8 with the inaugural exhibition Charles James: Beyond Fashion. The Anna Wintour Costume Center will house the Department’s exhibition galleries, library, conservation laboratory, research areas, and offices."

However, the curatorial department will still be referred to as the Costume Institute. 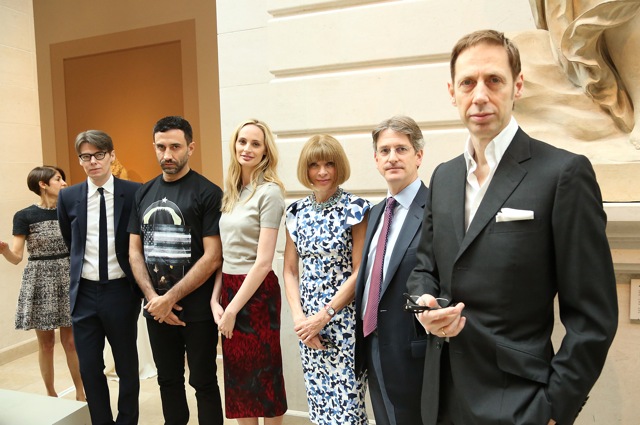 The museum says that Wintour has helped raise $125 million for the Costume Institute: "Her work has included co-chairing 15 benefits since 1995, helping to secure sponsorships and funding for exhibitions as well as for the two-year renovation and other projects." The big moneymaker is the big Costume Institute Gala, known in some circles as the party of the year, where fashion stars and celebrities convene at the Met, wearing crazy and boring get-ups.

Campbell said, "Through her bold leadership at the helm of the annual Costume Institute Benefit plus other significant fundraising, Anna has helped us realize a place where The Costume Institute can move into the future with the latest technology for creating immersive, cutting-edge exhibitions, developing new techniques for object conservation, and designing a customized collection storage facility. Her interest in our mission has allowed us to rise to new levels of growth and prominence. She is an exceptional benefactor, advocate, and friend."