Meryl Meisler's Photos Of Bushwick In The 1980s

Photographer Meryl Meisler began shooting a bombed-out looking Bushwick around 1981, the same time she started teaching there. She told the NY Times: “I literally thought to myself, perhaps the other art teacher had been killed." She ended up staying at the school through 1994, and kept documenting the neighborhood.

Meisler tells us, "When I went to the Manhattan Discos, I wasn't even teaching yet. I was photographing and part of the Disco scene from 1977-79. I started teaching in Bushwick December of 1981. Friends and family were generally surprised when they first saw my photos of Bushwick from the 80s. They generally knew I taught in a 'tough' neighborhood, but I guess I didn't dwell on it. It was my job. Same thing with the club scene, this work was never seen before. My friends and family are equally surprised. Some didn't even realize I was into the disco scene."

Prior to this she had been spending her nights shooting a very different scene: the 1970s disco scene in Manhattan, filled with late nights, glamour, excess, and drugs.

Both sets of images make up her new book, A Tale of Two Cities: Disco Era Bushwick, which poses the photos side-by-side. 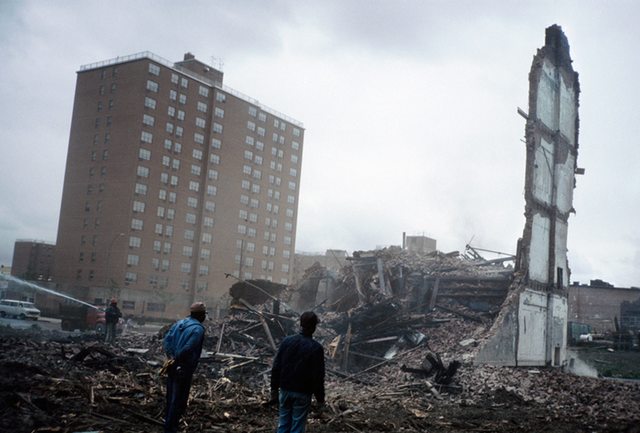 According to Artiholics, "Meryl carried a medium format camera nearly everywhere she went, and caught a glimpse into two very different social environments. One of those settings was the disco-era music and dance scene. She snapped photos of William Shatner, Andy Warhol, Grace Jones, and frequented Studio 54... and Paradise Garage, one of the most powerful House music venues of all time." 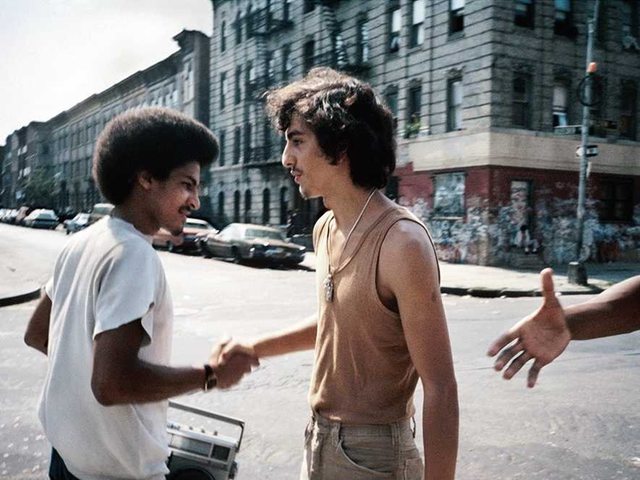 The release of her book is currently being celebrated at Bizarre Black Box Gallery in Bushwick—they've got an exhibit there through September 10th. Tonight at 7 p.m., however, you can hear Meisler give a presentation at Strand Books.