Profound, philosophical, "totally remarkable"... these are just some of the words used to describe the late photographer Garry Winogrand, who grew up in (at the time) "the second largest Jewish city in the world," the Bronx. This April, the first ever documentary on the man behind the lens (from filmmaker Sasha Waters) will hit PBS (after a small theatrical release last year); called All Things are Photographable, it features not only a treasure trove of moments that Winogrand captured throughout his career, but remarks from peers, friends, historians, the photographer himself, and fans like Matthew Weiner. In fact, the documentary has a very Mad Men soundtrack, with portraits and footage of that era showing not only New York City, but America.

Winogrand found the camera in a time when most photographers had one option: a photojournalist, a stringer or freelancer for a publication. However, he did not believe in limiting his developing craft to simply illustration, and during his own time was capturing poetic images than many publications did not want. He eventually stepped out of straight photojournalism work and became one of the most legendary street photographers of the era.

John Szarkowski, former Curator of Photographer at MoMA, touches upon this in the documentary, noting, "Garry Winogrand started as a photojournalist... and gradually learned to direct the very limited tools of that craft toward radically independent and personal goals." (Stanley Kubrick had also begun doing this a decade prior, as a photographer for Look magazine.)

Erin O'Toole, a San Francisco MoMA curator, notes that Winogrand came around at a time when many were capturing "smiling white people," as if the camera was "a mirror that reflected only one kind of person." Winogrand was among the group of photographers (along with the likes of Diane Arbus) who was changing that. He was not without controversy, however, and the film also touches upon the backlash against his 1975 book Women Are Beautiful.

You may know him from his famous Marilyn Monroe shot from The Seven Year Itch, but his work typically captured the anonymous passerby ("Winogrand was immersive among strangers, who were his involuntary and accidental subjects," wrote Richard Brody in The New Yorker last year). Stylistically, O'Toole says, he "makes chaos visible," which you'll immediately notice in the moments captured in his work (yes, even with Monroe's skirt blowing up).

Winogrand captured the public landscape as is, something Weiner says has become a lost art. "Taking the beauty of a real person... we're many layers away from that right now," Weiner says. "Right now we're in a very anti-wart era, people wish they could wear a pair of glasses that photoshops the world. They control all of their pictures. And Garry, the moments that are being taken... the content is so unstaged, unperfected..."

The doc will air on PBS beginning April 19th (and stream online for free for one month), and features not only photographs but unseen 8mm footage from Winogrand, as well as unearthed interviews. They've shared more on the production below: 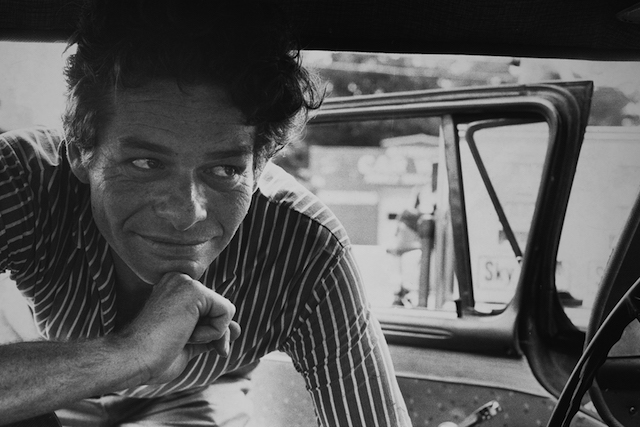 Decades before digital technology transformed how we make and see pictures, Garry Winogrand made over 1 million of them with his 35mm Leica camera, creating an encyclopedic portrait of America from the late 1950s to the early 1980s in the process. When he died suddenly at age 56, Winogrand left behind more than 10,000 rolls of film—more than a quarter of a million pictures. These images capture a bygone era: the New York of Mad Men, the early years of the Women’s Movement, the birth of American suburbs and the glamour and alienation of Hollywood. He produced so many unseen images that it has taken until now for the full measure of his artistic legacy to emerge. American Masters—Garry Winogrand: All Things are Photographable is the first cinematic survey of that legacy. With unprecedented access to Winogrand’s estate and the cooperation of his gallery, the film tells the story of an artist whose rise and fall was - like America’s in the late decades of the 20th century—larger-than-life, full of contradictions and totally unresolved.

Click through for a small selection of his work above.

#american masters
#documentary
#garry winogrand
#pbs
#photography
#street photography
Do you know the scoop? Comment below or Send us a Tip
A new Gothamist is coming! We’ve moved comments over to our beta site. Click here to join the conversation and get a preview of our new website.