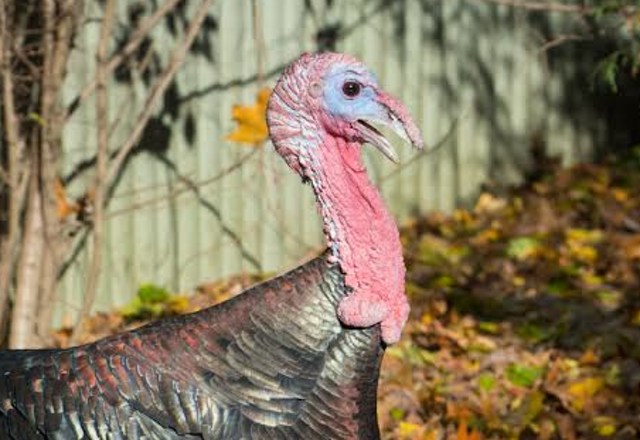 Franklin at a cocktail party. (Photo by Julie Larsen Maher/WCS) For more about Franklin—who we can all agree is our city's most complex turkey—the WCS promises a Thanksgiving Day post dedicated to him, which you'll be able to find right here.

#franklin
#prospect park zoo
#turkey
#wild turkey
#original
Do you know the scoop? Comment below or Send us a Tip