Beware to those on Bowery, there are little monsters everywhere this morning. Last week it was announced that Lady Gaga would be at the New Museum on November 22nd to promote her new book with Terry Richardson, and the event would be open to a select number of fans. The catch: you have to pre-order her book in person for $50 at the museum, and those sales started today.

Bowery Boogie reported that last night "the police barricades were in place to control the crowd that had already reached the corner of Stanton Street. As of 9 a.m., the group extend[ed] further east [to] the corner onto Chrystie." One person tied the crowd control scenario to the Occupy Wall Street drama, Tweeting, "About 200 of the displaced occupiers were eagerly waiting in line for the New Museum this morning." 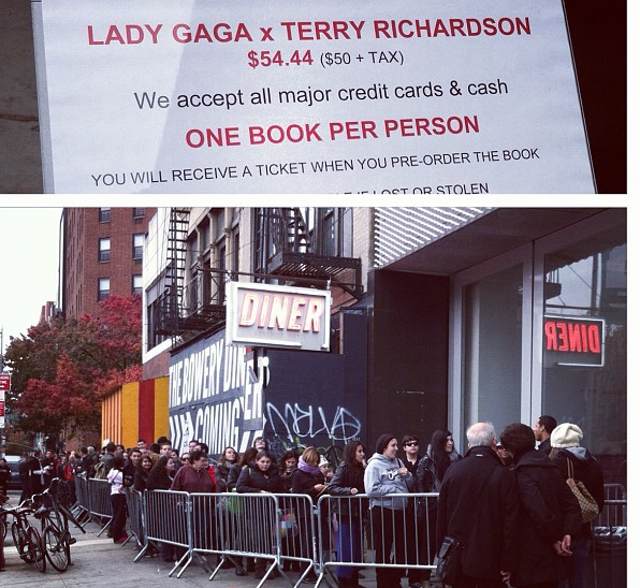 #book
#lady gaga
#line
#little monsters
#new museum
Do you know the scoop? Comment below or Send us a Tip