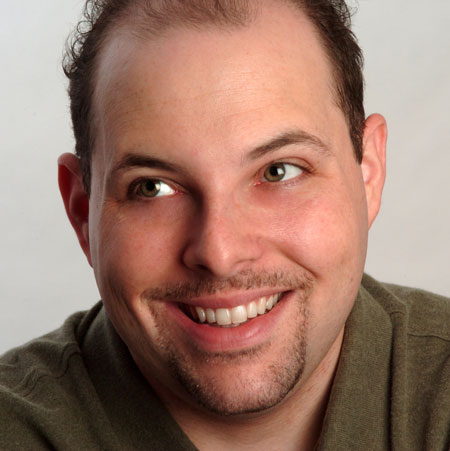 I'm Too Young For This is a foundation made up of young NY area adults with cancer, founded by Matthew Zachary, a 12-year survivor of pediatric cancer survivor himself. Tomorrow night they'll be holding their 2nd Annual Stupid Cancer Comedy Show with comedians from "Last Comic Standing.” Zachary recently told us about his foundation, his experience with the disease, and what he'll do if Sarah Palin gets in the White House. You can buy tickets for the event here.

Can you tell us about your own experience with cancer? Not that there's ever a good time for it, but I was diagnosed with malignant pediatric brain cancer at the age of 21 just six months shy of my college graduation. At the time, I was an aspiring concert pianist en route to grad school to study composition for TV and film at The University of Southern California. My primary symptom was the loss of motor coordination in my left hand, and doctors more or less told me that I'd be lucky to walk let alone ever perform again.

I had an eight hour surgery to remove the tumor on January 10th, 1996, and four days later the pathology came back as malignant. The type of tumor I had was congenital and almost never seen in patients over the age of 6. I was one in a million and went through an multitude of opinions on what would be the best treatment for me. It ranged from "bone marrow transplant with aggressive whole body radiation and a year of chemo" to "go home now." So what was I to do? Plus I was a 21 year old patient being treated by pediatric physicians who were not used to speaking with patients. They were used to speaking with the parents of patients. I was alone. No one understood me. I was in the fight of my life. And all I wanted to do was play the piano and graduate from college on time. I would wind up doing both but at great cost.

Nearing thirteen years later, I am disease free, still in remission but I do not feel cured as I currently face numerous physical, cognitive, neurodegenerative and physiological deficits in the wake of my survivorship principally due to the surgery and post-operative radiation therapy treatments. As Lance Armstrong says, "Cancer may leave your body but it never leaves your life." You got that right. I do not regret any decisions I made and am happy to be alive today and to be able to give back to my own generation's needs for cancer support.

Was it difficult to get back into composing music after being diagnosed? It was easy to compose, at least in my head. It was impossible to perform by any measure. Having gone misdiagnosed for so long, my left hand had been essentially crippled from a fine-motor-coordination vantage and was rendered this useless vestige. Ten years of diligent classical training had been essentially withered away. I felt as if I was a creative paraplegic with a highly functioning right hand and an atrophied left hand that could no longer even perform the most basic task: scales. I was offered no physical therapy or rehabilitation by any of my treatment providers which was a shame. I essentially had to retrain myself from scratch knowing that my music career was potentially over and hoping that I would one day be able to perform at least somewhat comparably to the "before." I was diagnosed 12/95. I released my first album of solo piano music 12/99. And a second 1/01. Six long years passed before I felt that I had taken back what cancer stole.

When did you start I'm Too Young For This, and what is the goal of the organization? i[2]y was a vision that I was inspired to conceive in the wake of a public health report that was released by the National Cancer Institute and the Lance Armstrong Foundation entitled "Closing The Gap" which essentially stated that survival in young adults aged 15-39 has not improved in 30 years. All that research. All those relays, races and strides for the cure. No benefit to young adults. After a brief survey analysis of the cancer landscape, I noticed that there wasn't a single national organization looking to reverse this. So I founded the organization in late December 2006 in an attempt to bring unity to the fragmented young adult community and launch a clearinghouse website that, for the first time, would connect the three key pillars of young adult advocacy (patients, providers and resources) under one edgy, irreverent and disruptive national brand. The ultimate goal of the organization is to solve the challenge presented in "Closing The Gap": helping to increase survival rates and cure cancer for survivors largely in their 20s and 30s who are in the fight of their life..

How can people help out the organization? Learn about cancer's lost generation of survivors. If you're a boomer, we're you're children. If you're a grandparent, we're you're grandchildren. And we get cancer, too. Compared to children, young adults are seven times more likely to get diagnosed and 50% less likely to survive. This is about curing the next generation of cancer survivor.

What can people expect at the event next week? Lots of laughter.

Please share your strangest "only in New York" story. February 14th, 1996 – Valentine's Day. Slightly over 4 weeks past my brain surgery. My father is driving me from our house on Staten Island to Sloan Kettering for my 1st day of radiation therapy. Heading northbound on the FDR, we are rear ended by a NYC Taxi Cab somewhere between Houston Street and the 23rd Street exit. The taxi was totaled. Our GMC SUV was undamaged. The driver's name was Seymour Norman. The last elderly Jewish cabbie in NYC history. Only in NYC.

Which New Yorker do you most admire? A tie. George Gershwin or Stephen Sondheim. Unless you're speaking modern times in which case I'd have to go with Bloomberg. Maybe Mel Brooks.

Given the opportunity, how would you change New York? More funding for music, the arts and occupational education in the schools. Oh, and let's destroy all those confusing and contradictory parking signs.

Under what circumstance have you thought about leaving New York? President Sarah Palin – but then I leave the country.

Do you have a favorite New York celebrity sighting or encounter? I literally almost ran down Mel Brooks in Crate and Barrel. And I once bumped into Julia Roberts and Benjamin Bratt when they were dating back in like 1998. I guess my most memorable was when I was about 16, my folks took my brother and I to go and see Les Miserables. We ran into Jackie Mason on the street and my father explained to him that his brother was my moyle. Awkward!

What's your current soundtrack? Michael Gettel's "The Art of Nature."

I'm Too Young For This
interview
Matthew Zachary
Jen Carlson