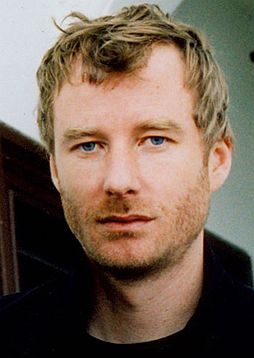 Brooklyn-based quintet The National have spent the last nine years slowly and steadily evolving from bar-band hobby to indie rock royalty, a success built out of old fashioned techniques like laborious songwriting, tireless gigging and the organic cultivation of their own distinct sound: a bruised, moody elegance that swells and crashes under the dreamy baritone of front man Matt Berninger. Their fourth and most recent album, Boxer, was a usual suspect on critical top ten lists for 2007, and the acclaim snowballed into a spot on the bill touring with Modest Mouse and R.E.M. this June. On Friday and Saturday night they play two sold out shows at the Brooklyn Academy of Music opera house.

Are you completely burned out on doing interviews by now? I haven’t done any in a week since getting back from Australia so no, not really. It is hard to figure out things to say anymore.

What do you get asked the most? Oh, stuff like, “Why did we call the album Boxer?” And why there’s no screaming.

No screaming? Yeah, compared to our last record. We also get asked in almost every interview something about how there are two sets of brothers in the band. And we don’t actually have a very good answer for that. I think people expect some colorful scoop on that but it’s pretty tame.

Well, there go two of my questions. But where did the album name come from? It was just a name that was kind of thrown around for a while. I think it was actually my wife who pushed for it at the end. It doesn’t have any deep mysterious meaning other than a loose connection to the characters struggling in the songs. There are some loose references to boxing but it was just one of those things that just sounded good. Like when we called the other record Alligator; there’s not any secret message, it just feels right.

How do you guys work; what’s the songwriting process like? Very slow. They’ll give me a guitar sketch or something and I’ll sit and start to write to it. Then I’ll pass it back; things start with little scraps and we just pass them around and push them in different directions. About seventy percent of the stuff we work on never turns into anything.

Do the other guys ever comment on the lyrics? Occasionally. But it’s my wife who does most of that because she’s around and I’m constantly trying things out. But I usually won’t pass lyrics around until I’m happy with it because those guys often get attached to things I introduce just for placement. The only time I ever have to fight for a lyric is because I’ve changed some old thing into a new thing.

What band’s lyrics do you like? I’ve been a fan of Nick Cave and Tom Waits and Leonard Cohen for a long time. But I think Win Butler writes amazing lyrics and I think Julian Casablancas’s lyrics are incredibly good. It’s great when it sounds effortless. Pavement wrote great lyrics mostly because it didn’t feel like they were belaboring them. Which is funny because it usually takes me forever to write lyrics because most of what comes out when I write sounds like I’m trying to write rock lyrics. It takes a long time to filter out the garbage. Most of the stuff you think will be awesome usually sounds silly.

Before Alligator starting getting you more notice, the band had already put out a couple albums. Was there a point before things took off where you were considering moving on to something else? No, not really. During that time we were all working and we never really thought of the band as something we could make into a career. It was just such a far-fetched idea for us that when it didn’t happen for years it wasn’t like we were disappointed. We all had normal jobs. And the fact that it has changed into a career makes us feel really lucky. But it was always just something fun to do.

What’s the most noteworthy fan interaction so far? We get a lot of emails from people from all over the place asking us to do gigs like their friend’s birthday party. But most of the fans are not that crazy; we have people who sort of travel around a see a lot of shows. One guy has become a really good friend of ours, his name is Fred Bouchard; he came to a lot of shows and helped us pack our van years ago. We see him all over the place and he usually brings a bottle of liquor with him.

Now that you have people coming to multiple shows do you have the problem of having to change the setlist every night? That’s a funny thing; we actually struggle with that because we do try to change it every night but there are certain things I feel really comfortable with. Sometimes I’ll feel like we’re finally starting to do a song right and I’m reluctant to drop it once we’re starting to get the vibe right. I’m the one who’s usually resistant to changing the set list too much; I also forget lyrics if we haven’t rehearsed a song. There is that pressure to change the set list but I would rather just put on a show that I really love than try to just make a different show every night. The other guys disagree with me on that; they all want to play a different set every night.

What are some of the gigs you had the best time at? The most recent one was when we landed in Auckland and were playing a club there after being off the road for three weeks without rehearsing. We were all nervous and jet lagged and convinced we were going to blow it and it turned out to be a great show. The next night was the night we screwed everything up. And we played one show in Dublin a few years ago in a small bar and it was one of those moments where we felt something was happening, where places started filling up.

What’s the worst time you’ve had at one of your own shows? There have been so many I can’t tell you which one was the worst. The worst shows are the ones where you’re self-conscious and aware of yourself standing onstage in front of strangers. And that happens to me a lot. I’m not certain the shows are terrible for the audience but sometimes I just want to crawl under the stage. Those shows are difficult because you know there are these people who paid a lot of money to come see you and you feel like you’re failing if you’re not giving a good show.
How did the REM tour come to pass? Michael Stipe saw us at a festival last year and he asked Arcade Fire if we were nice guys and they gave us an endorsement as being nice, normal guys. He came to another show in London and asked us if we wanted to do it and it was a no-brainer for us, just to be able to play in front of their audience and also to watch them play every night is going to be unbelievable.

Are you going to SXSW? Yeah, I think we are playing a show there. I just found out about that because I saw a schedule with that on it. We played there several times in the past and we haven’t been there the past couple years so that’ll be fun to go back to that. South by Southwest has always been a nerve-wracking experience. It feels almost like a giant business convention and you’re interviewing for a job or something. But I think it’ll be fun to go back and not have to worry about what kind of exposure we’re getting and just have a good time.

What are the best concerts you’ve gone to in your life? I used to be crazy about Guided by Voices and Pavement shows; I remember those being the most fun at rock shows because they were so loose and you didn’t feel like they were posing but were just normal people who were posing and having a good time. I saw Iron Maiden at Madison Square Garden a few years ago and I learned a lot from that.

What neighborhood do you live in? I live in Prospect Heights, off of Vanderbilt.

Do you have a favorite restaurant these days? There’s a little Italian place near us Amorina that does great pizza and pasta.

Do you have a pre-show ritual? Our ritual is to try and not have a ritual. In the past when we’ve gotten together and huddled and tried to psyche each other up we’ve had terrible shows. We have a superstition about pre-show rituals so now we just try to act like we’re not about to walk onstage and play.