Nelson Rivas is getting comfortable beneath the BQE. The Chilean-born street artist, who is known as "Cekis," has been commissioned to paint a new large-scale mural on the empty brick wall of an underpass along Atlantic Avenue near Brooklyn Bridge Park's Pier 6. Dubbed "Into the Wild, Brooklyn," the mural will be a vibrant, almost neon-intense mix of metal beams and plant life. But the finished product is still two weeks away.

Cekis started making public street art 25 years ago in Santiago and moved to New York City in 2004. Since then he's painted murals in Washington Heights, Bushwick, Downtown Brooklyn and Sunset Park, where he resides. He sees his new mural as a mixture of "the natural and artificial, co-existing and intertwined. It's how I see a lot of things, not only the city but society," Cekis said. The mix of organic and man-made material is a running theme in many of his works.

"The layout is based on the pier structures of Brooklyn Bridge Park," he said Thursday. "Those metal beams are like a skeleton. In between them there's a lot of other things that I use in my paintings, like chain link fences. I use fences to create my overall compositions. They're never a primary subject, but more of a texture." 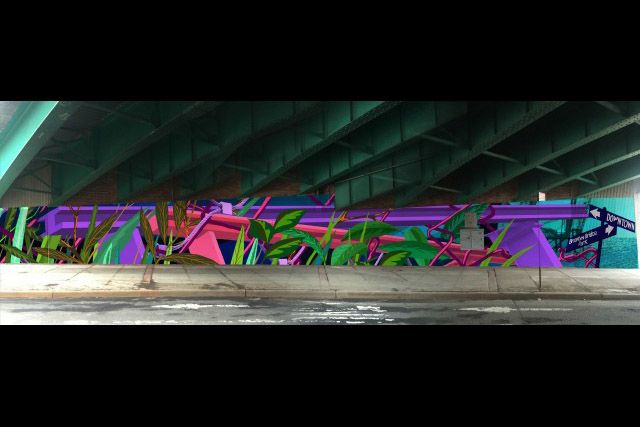 Rendering of Cekis's finished "Into the Wild, Brooklyn" mural beneath the BQE at Atlantic Avenue (Courtesy AABID)

Cekis's new mural was commissioned by the Atlantic Avenue Business Improvement District, the Department of Transportation, and Brooklyn Bridge Park, as part of the DOT's Arterventions program to beautify areas. "We often hear New York described as an urban jungle. What Nelson Rivas has done is capture some of that 'wildness' while creating a little oasis under the BQE," AABID Executive Director Josef Szende told us. 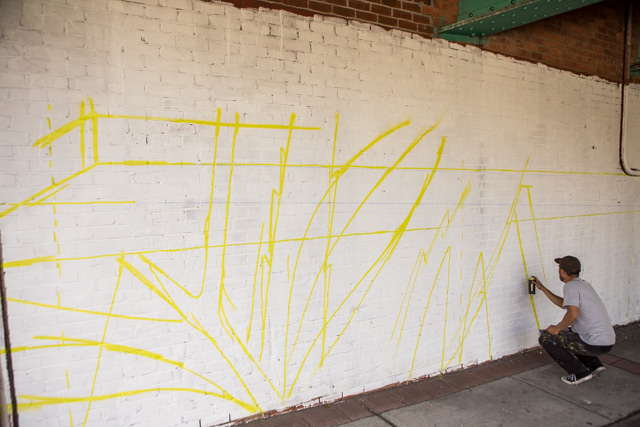 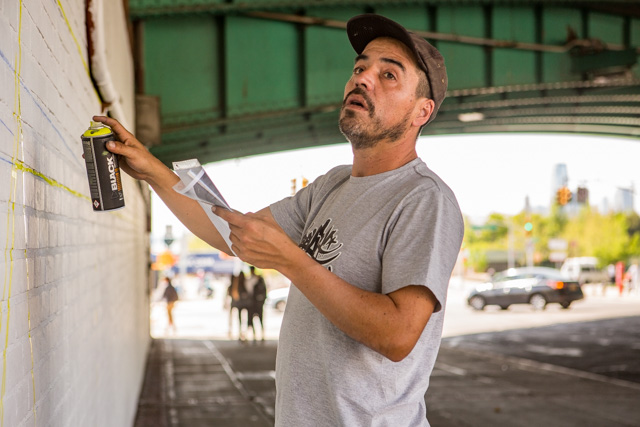 "This is a very rare, weird place," Cekis said before spraying fresh guide lines onto the mural wall. "People pass by, but they're going somewhere else. It's not a place where you stay, you're going either that way or this way. I wanted to have this idea of motion in the mural."

Cekis is looking forward to the work on his plate. Painting, he said, is the easiest part of his process. "The challenge is to resolve things. It has to work in the future, and not be a temporary, trendy piece. It's a big responsibility for me, the pressure is mental, not physical."