It's no cat cafe, but soon JFK Airport will house horses, livestock, exotic and zoo animals, pets, and any other furry creatures that pass through its gates. According to Curbed, they're building "the world's only privately-owned animal handling cargo terminal," which will take up about 178,000-square-feet and is actually being called The Ark. 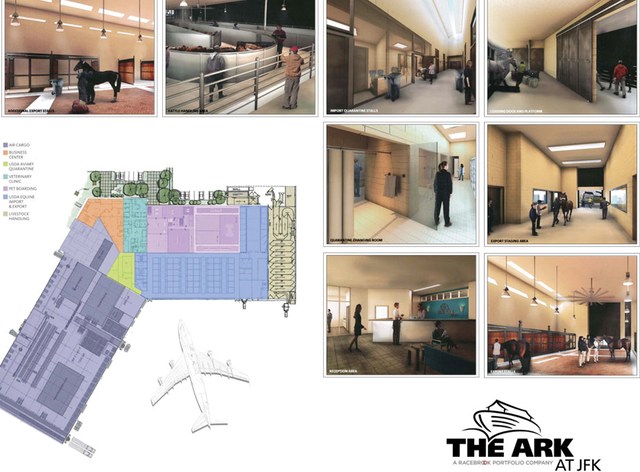 Gensler, the design firm behind the new addition, says it will include an overnight pet resort, as well as "a large animal departure lounge, where horses for export have access to comfortable stalls, food and water. There is also an arrival area where the horses' vitals are taken before they are placed in individually climate controlled units equipped with bedding and natural light." Phil Derner of NYC Aviation tells us:

"It is indeed unique. Some people seem to question its necessity, but if a private company wants to sign a multi-decade lease with PANYNJ, then by all means. This facility is in the cargo area of JFK, which sees tenants come and go, so this can be a good deal for a potentially economically unstable part of the airport.

When it comes to travel, animals have always had the short end of the stick, flying in dangerous and uncomfortable conditions in the bellies of aircraft. Regardless of animal type, I am all for anything that improves their treatment. As long as this being in the cargo area doesn't bring about a horse-related Goodfellas Lufthansa heist, it is just fine with me." 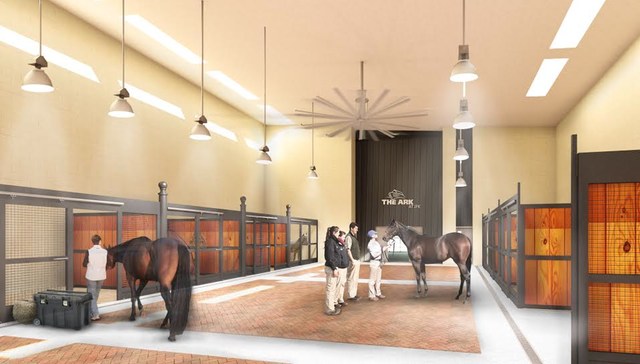 According to a report from The Real Deal last year, The Ark will be housed inside the previously vacant Building 78, and will open next year.

#airport
#animals
#JFK
#jfk airport
#livestock
#the ark at jfk
Do you know the scoop? Comment below or Send us a Tip