Marvin Franklin's Art on Exhibit at the Transit Museum 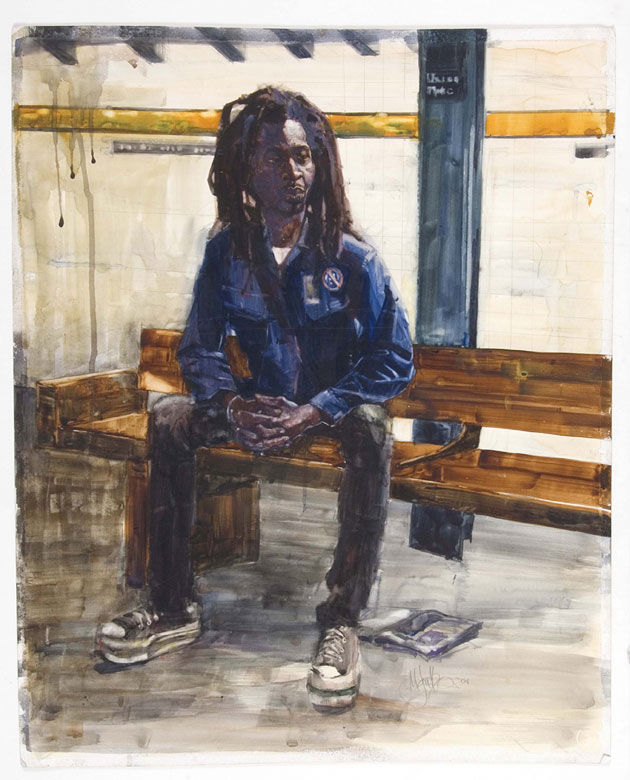 In April of this year Marvin Franklin, a subway track inspector, was struck and killed by a G train. It quickly came to light that Franklin, who had worked underground for 22 years, was also an accomplished artist. He held an arts degree from FIT and dreamed of opening his own gallery one day, giving the proceeds to the homeless (which he once was, and who were frequent subjects in his sketchbooks).

Franklin's art is now being shown at the Transit Museum, in an exhibition that opened this week and will run through March 30th. The exhibit will include sketches, etchings, watercolors and oil paintings -- offering "a rare insight into the singular and collective moments that inspired the art produced by the artist." His work was often created after his night shifts, which ended at 7am. From the press release: "After work he would get on the F train at Jamaica/179th Street, the end of the line in Queens, sketch book in hand, and draw his fellow passengers all the way to 57th Street in Manhattan where he went to school" (at the Art Students League).

We talked to Sam Goodsell, one of Franklin's friends and fellow artists, who told us "Marvin was a hard working, extremely gifted artist. He always approached his work with a boldness and a fearlessness I've never witnessed before. He never was afraid to take chances with new ideas or approaches. Working alongside Marvin, from an artist point of view made a positive impact on me. He pushed me to work harder , to see further, and not to be tentative. Last but not least, he made me realize how important it was to sketch! Carry that sketchbook and draw anything, everywhere and everyday. Marvin Franklin was a true art spirit."

The Transit Museum is open Tuesday through Friday 10am to 4pm, Saturday and Sunday Noon to 5pm. Admission is $5. 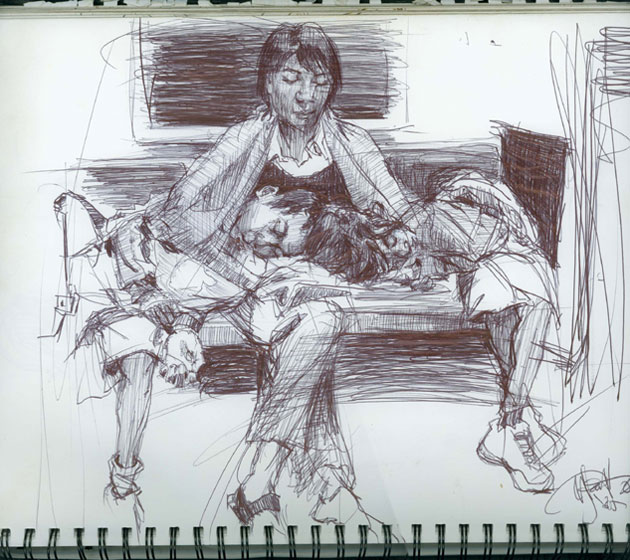 #art
#art students league
#exhibit
#In April
#manhattan
#Marvin Franklin
#museum
#queens
#subway
#this week
#transit
#transit museum
Do you know the scoop? Comment below or Send us a Tip