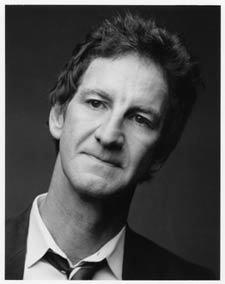 New York-based photographer Mark Seliger has photographed everyone from Johnny Cash to Kurt Cobain. He was the chief photographer at Rolling Stone for over a decade, and has now compiled many of his images for The Music Book, due out this fall. He has also released his own album (called Luck’s Changing Lanes), recording original songs under the name Rusty Truck that were produced by the likes of Lenny Kravitz, Willie Nelson and Sheryl Crow. This week he filled us in on some of his time behind the camera, and guitar.

What have been some of your favorite cover shots you've done for Rolling Stone? Ladysmith Black Mambazo with Paul Simon because it was my first cover.

Has their been anyone you've particularly enjoyed working with on a shot? Neil Young did not disappoint.

What would be your ideal place to photograph a band in NYC? Raoul's. Followed by a steak au poivre.

Can you tell us a little about The Music Book? Its a collection of music photographs over the last 20 years. It includes everyone from LL Cool J to Kings of Leon.

When did you start working on music yourself? Playing Cat Stevens songs on my new guitar at my bar mitzvah after-party.

What can people expect from your album? Mostly lonesome rodeo clown imagery.

Please share your strangest "only in New York" story. Losing 20 bucks at a three card monty game the day I moved to town.

Which New Yorker do you most admire? Tom Wolfe

Under what circumstance have you thought about leaving New York? I just left yesterday and I will be back tomorrow.

Do you have a favorite New York celebrity sighting or encounter? Dick Avedon at the Brooklyn Academy of Music.

Best cheap eat in the city. A pressed bagel with cream cheese and a half regular, half decaf with a drop of cream at 11th street cafe.